Hide Search
You are here: Home / Holidays with Cats / The 5th Annual KCC Easter Egg Hunt: The Results Are In!

The 5th Annual KCC Easter Egg Hunt: The Results Are In!

As you know from our last post, we’ve been gearing up for the 5th Annual KCC Easter Egg Hunt! It’s pretty much a big deal in our house, and we look forward to it every year. Well… yesterday was the big day! I know you all have been anxiously awaiting to see how it went, so I won’t waste anytime getting to it.

We hid 49 treat-filled Easter eggs and 1 Grand Prize Egg around our living room and den for the cats to hunt. I’d say it took them about an hour to find all the eggs.

Some were more into than others…

And some were just plain oblivious… 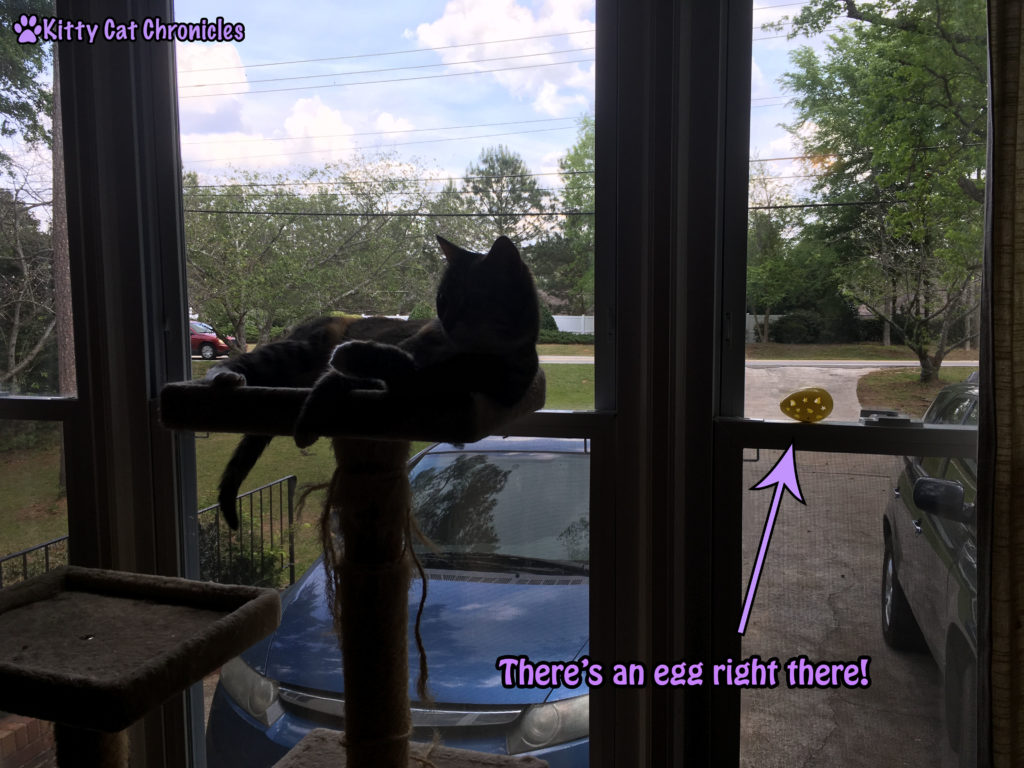 Now the question on everyone’s minds…
Did Sampson win for the 5th year in a row? 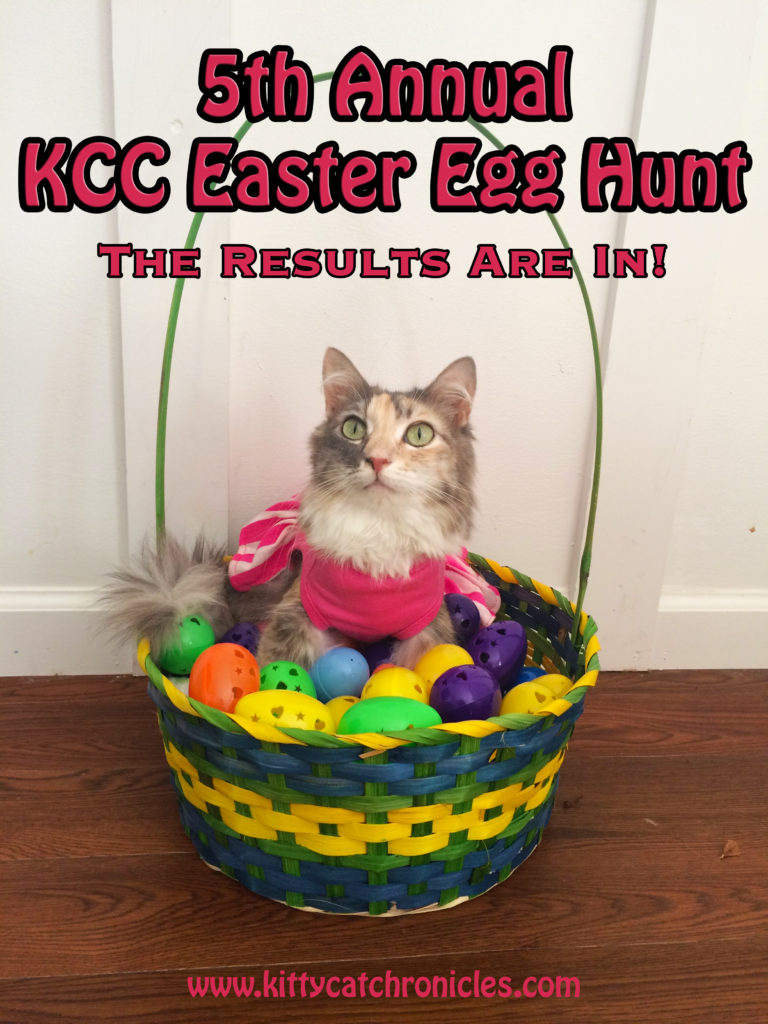 It was a close hunt! Sampson and Caster were neck and neck the entire time. Caster pulled ahead right at the very end though. Sophie had no interest in the egg hunt as usual, but Kylo not participating was unexpected. He seemingly protested the activity, and instead spent most of the time back in the bedroom. This is where he gets fed, and seeing as we had the hunt right around lunch time, he was of the opinion that lunch was more important than hunting eggs. He did come out towards the end when he realized that everyone was getting treats. He even found one egg! 😀

Delilah did pretty well. She goes back and forth between being really into it and wanting to be lazy though. Sassy had her own private egg hunt, since she wants nothing to do with the other cats. We hid 10 eggs for her, and she found 6 of them. Not bad, Sass!

Sampson is a bit disappointed that he lost the title this year, but he is more determined than ever to win next time. Until then, Caster is enjoying being the Egg Hunt King!