Most recently, the KCC Adventure Team visited my alma mater, Mercer University. We are running out of “new” adventure spots in our area, so we decided to give Mercer a try. It is a beautiful campus with lots of areas to explore. We knew Sophie would enjoy it, but it was going to be hit-or-miss with Kylo Ren. He isn’t a fan of places with lots of people walking around.

As predicted, Sophie loved it. Unfortunately though, Kylo hated it. Too many people. Too much commotion. As a result, we didn’t stay very long. 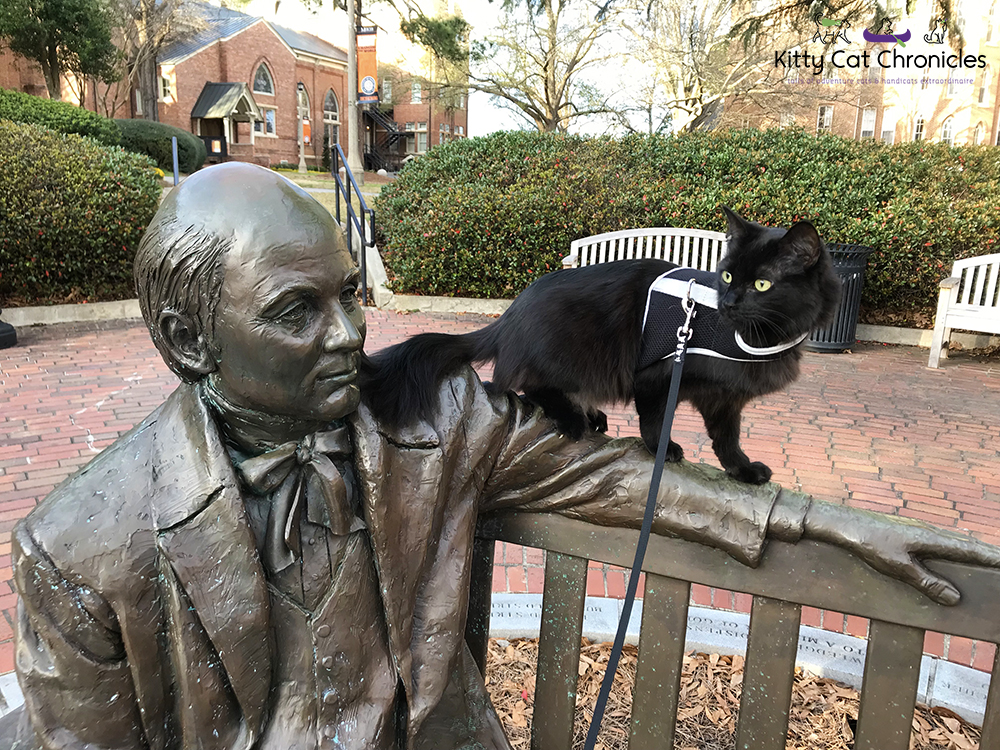 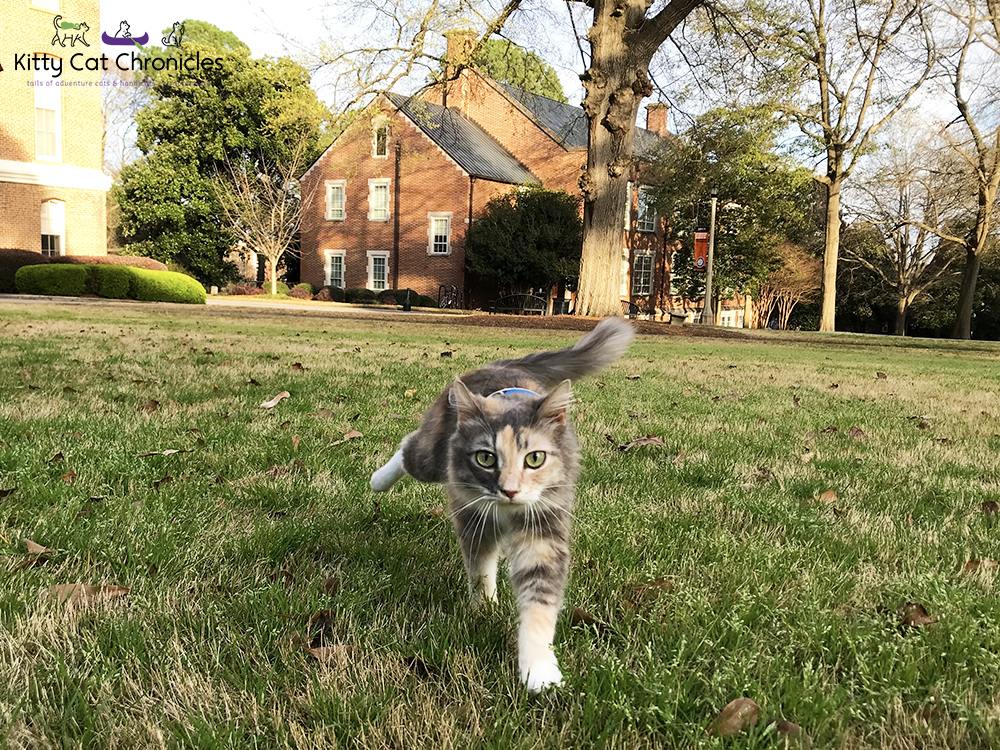 Despite Kylo being a bit on edge, we were able to have some fun. That is, until we crossed paths with some guy who was walking his dog off-leash around the campus. It was a big black lab, and even after he saw that we had cats, he didn’t put his dog on its leash. Kylo Ren poofed up, and the dog looked like he was going to charge. The owner even admitted that his dog hates cats and will chase them. We of course picked Sophie and Kylo up. I can’t believe how inconsiderate and rude people can be sometimes. How hard would it have been to put his dog on a leash when he saw there were cats exploring?!

Before we encountered the dog, we let Sophie explore off-leash a bit. I wouldn’t recommend doing that normally, but because of Sophie’s cerebellar hypoplasia, we don’t have to worry about her running off. We let her off-leash sometimes as long as there are no dogs around and the environment is safe. That was the case at Mercer, until we ran into the black lab.

Anyway, Sophie enjoyed running up and down some stairs we found. We don’t have stairs in our house now, but our previous house had them. She LOVED playing on them, despite our attempts to keep her off them. She was excited to find some stairs on our outing, so we let her play on them for a bit.

We may try visiting Mercer again without Kylo next time. I don’t think Sophie was finished playing on all the stair cases.