If you saw our post last Monday, you know that Caster recently had his first meeting with sister Sassy. For anyone who is just joining us or doesn’t know Sassy’s story, I’ll give you a brief recap…

We rescued Sassy as a stray back in November of 2013. She tested positive for FIV and was also aggressive towards the other cats, so we we’ve had to keep her segregated. It’s now been over two years since she joined our family, and we have slowly been trying to integrate her with the other four cats. It’s taken a lot of patience and work, but for a while now Sassy has been able to be out with Delilah and Sophie. We’ve held off on introducing her to the boys because the boys are too enthusiastic and interested, and Sassy wouldn’t react well to that. Since she has been doing so well with the girls, we decided it was finally time for her to meet the boys.

We started off with Caster and kept him on a leash to keep him from approaching Sassy. I don’t know if it’s because they’ve all smelled each other so many times by now or what, but Caster had almost no reaction to seeing Sassy. It seemed like Sassy’s presence was old news to him. Sassy didn’t seem phased by Caster’s presence too much either. She hissed a bit to let him know not to approach her, but that was about it. We decided it was safe to take Caster off his leash to see what would happen… 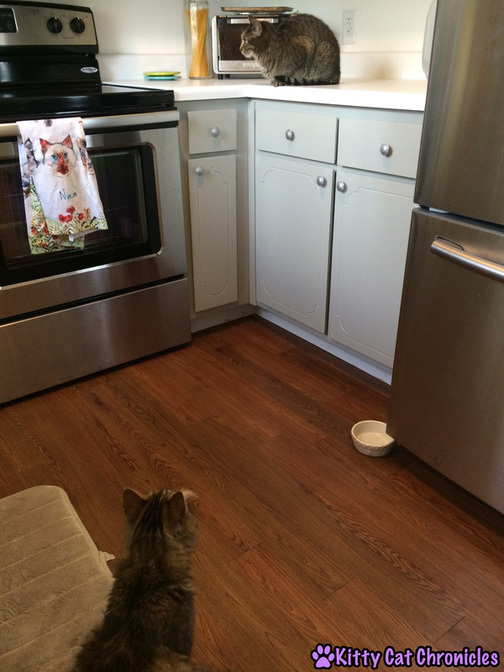 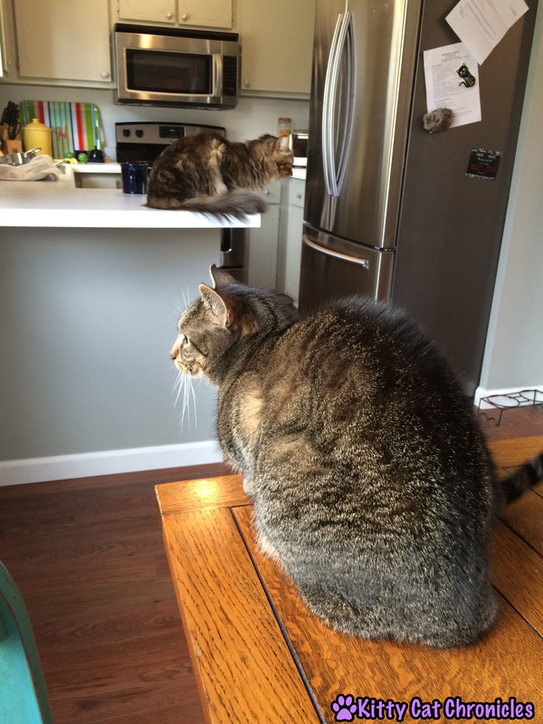 Nothing happened. Absolutely nothing. They simply ignored each other. Internally, I was doing the biggest happy dance I thought I could have imagined. But then we decided to see what would happen if we let Sampson out to meet her too… (I should mention that Delilah and Sophie were already out as well.) 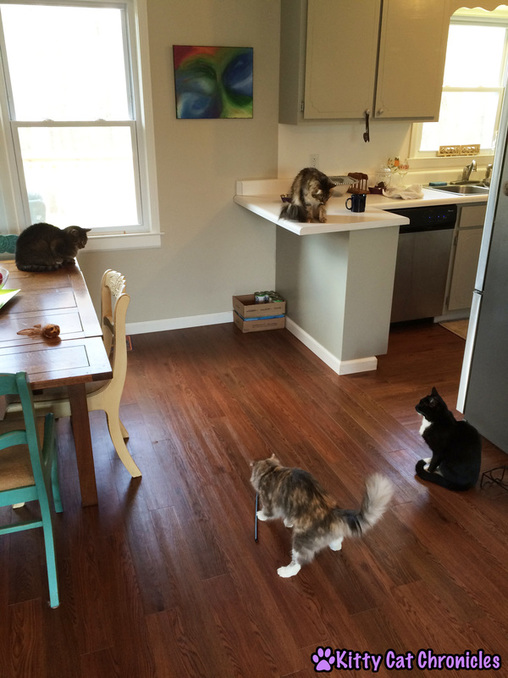 All five cats… in the same room… together… at the same time…  Okay, then I was seriously doing the biggest happy dance anyone could have ever imagined. (Delilah isn’t in the picture above because she was behind me.)

I tried to keep them all distracted by engaging them with their favorite wand toy. It went well and lasted about 8-10 minutes before I noticed that Sassy was starting to get a little stressed. At that point, I took her back to her room to decompress. I know 8-10 minutes of having all five of my cats together doesn’t seem like a big deal, but to me it really is. This is something I’ve been working towards for over 2 years now. Though we still have a ways to go, and who knows when or how long it will take (if ever) before Sassy is fully integrated without supervision, but this brief meeting and playtime between all of my kitties together is a HUGE victory for us.

I am absolutely thrilled at the progress that Sassy has made since we rescued her. She has come such a long way, and I am so happy for her. This just goes to show you that you should never give up on an animal. All it takes is love, patience, devotion, and effort. And it is well worth it.