Hide Search
You are here: Home / Archives for wobbly cat 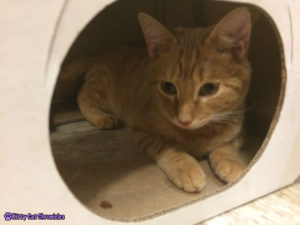 Meet Tweak the Wobbly Cat! | #WobblyWednesday Every now and then, Sophie and I take a trip over to PetSmart on Sunday afternoon to visit Sophie's foster mom and to meet all of the adoptable kitties. This is obviously dangerous (how do you think we wound up with 6 cats?!). So … END_OF_DOCUMENT_TOKEN_TO_BE_REPLACED 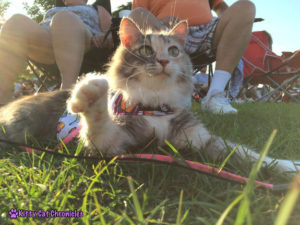 Cerebellar hypoplasia (CH) is a disorder in which the cerebellum part of the brain doesn't develop completely before birth. The cerebellum is a region of the brain that plays a major role in motor control and coordination. Having an underdeveloped cerebellum results in jerky … END_OF_DOCUMENT_TOKEN_TO_BE_REPLACED