The Ins & Outs of FIV

FIV – three letters that, when strung together, can have devastating consequences for a cat. Though a serious disease, FIV is unfortunately misunderstood more often than not. Because of common misconceptions, many FIV+ cats are overlooked at the shelters and unnecessarily euthanized. FIV is NOT the death sentence that so many believe it to be – an FIV+ cat can actually live a normal and healthy life. Please read on to learn more… 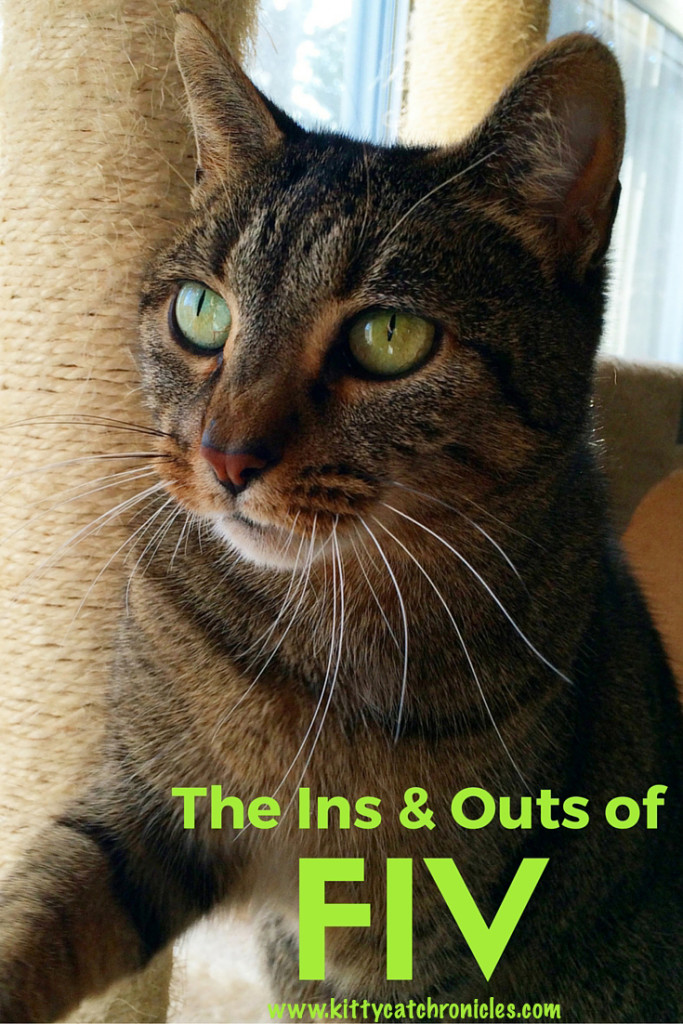 Feline Immunodeficiency Virus, or FIV, is a lentivirus that weakens the immune system of cats, very similar to HIV in humans. A lentivirus is a one that has a long incubation period – meaning that a cat may be infected with FIV for a long time, even years, before the cat actually exhibits any symptoms or is affected by the virus. Like HIV, FIV attacks a cat’s immune system, making it difficult for the cat to fight off infection. A simple cold, if left untreated, could possibly progress into something more serious.

How does the virus progress?

FIV progresses through three different stages. The first stage, the acute stage, occurs right after transmission. When a cat has been infected, they may initially seem lethargic and experience some loss of appetite. Fever and swollen lymph nodes may even occur, however none of these symptoms last long. A newly infected cat may appear to be a bit under the weather for a few days, and then seemingly recover.

The next stage, the asymptomatic stage, is the stage in which the infected cat shows no outward symptoms. This stage is of variable length. In some cats it may only be a few months but in others it could be several years. Factors that may affect the length of the asymptomatic stage include the cat’s age, diet, stress level, and overall health. If a cat isn’t fed well and lives in an environment where it is frequently exposed to other illnesses and diseases (i.e: a stray or feral cat), then the asymptomatic stage probably won’t last as long as it would for a cat that is fed a well-balanced and nutritious diet, lives in a comfortable and stress free environment, and is not exposed to other illnesses.

The third and final stage of the virus is known as feline acquired immune deficiency syndrome, or feline AIDS. This is the stage in which the cat’s immune system is severely compromised, making them much more susceptible to other illnesses and diseases, which may eventually lead to death. This stage is obviously the worst stage, HOWEVER (and this is a BIG however), many FIV+ cats NEVER reach this stage. If an FIV+ cat is given proper care (healthy diet, stress free environment, treated for any sicknesses along the way), then they may live out their entire life without ever leaving the asymptomatic stage or developing AIDS. 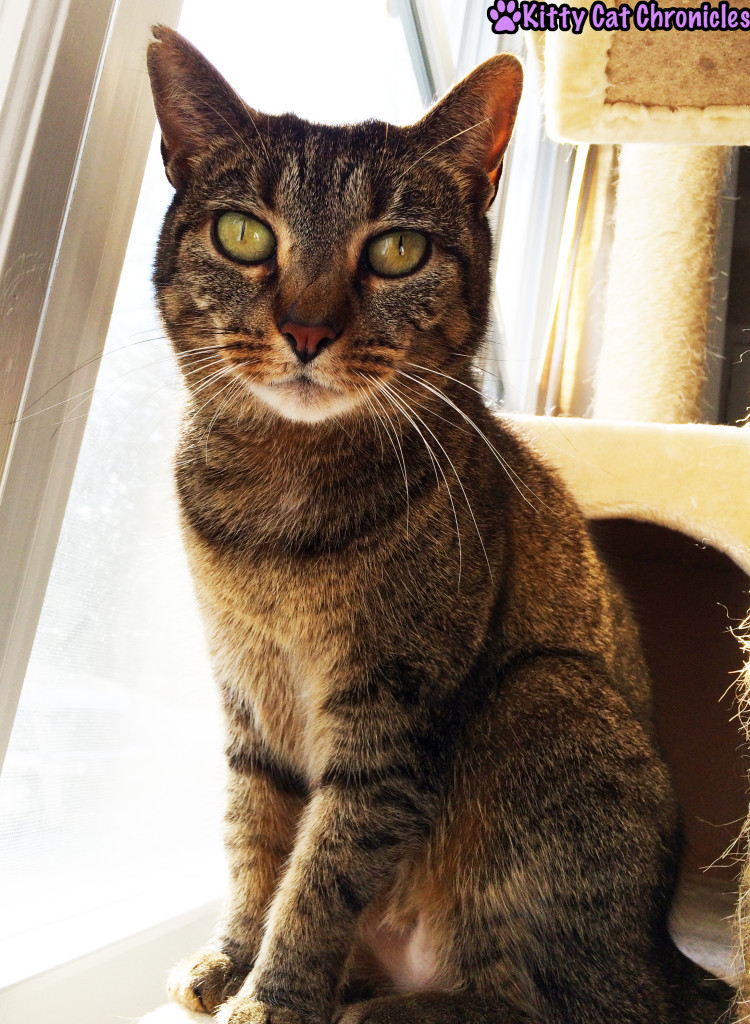 If FIV+ cats can supposedly live normal, healthy lives, why do they always seem so sickly?

When a stray or feral cat is picked up and tests positive for FIV, they are usually in pretty rough shape, which leads many people to believe that FIV+ cats are sickly and unhealthy. These cats’ main problem is not that they are FIV+, but that they are stray or feral. Most stray and feral cats are not eating well-balanced and nutritional meals. They are exposed to all kinds of contagions that make them sick. They live in high-stress environments where they have to fight other cats for food, shelter, and territory. This lifestyle is not the healthiest for any cat, much less a cat with a weakened immune system. It is easy to jump to the conclusion that FIV+ cats are sickly when all of the FIV+ cats that a shelter or animal control picks up ARE sickly and unhealthy. However, with a proper diet, a stress-free environment, and a safe home, these sickly FIV+ cats can become happy and healthy FIV+ cats.

How is FIV transmitted?

First, let me point out that FIV is a FELINE-ONLY disease. An FIV+ cat cannot pass it to any other species – human, dog, rabbit, etc. It can only be passed on to other cats. The primary mode of transmission is via deep bite wound. Contact must be made between the FIV-infected saliva and the bloodstream of the other cat. FIV is not transmitted through casual contact. FIV+ cats and FIV- cats can usually* safely share food and water dishes and groom each other.

*The FIV virus cannot survive long at all outside of the host. Once the virus dries (usually within seconds), it is dead. That combined with the fact that a cat’s mucous membrane is a strong and effective barrier (meaning that even if the virus were to enter a cat’s mouth, it is unlikely to cross the mucous membrane and will die in the stomach), make the transmission of FIV through shared food, water, and grooming extremely rare. Even when a pregnant mother is FIV+, she will rarely pass it along to her kittens (the placenta protects them in utero, and the mucous membrane protects them when they are nursing).

How is FIV tested?

A simple blood test known as the Elisa Test (aka Snap Test or Combo Test) can be done in-house at a vet’s office. It actually tests for both FIV and FeLV and only takes a few minutes. This test is a good general indicator of whether or not a cat has been infected, although it can sometimes give false positives. If a cat tests positive using an Elisa Test, it is suggested that the results be confirmed with another test, such as the Western Blot. With a Western Blot test, a blood sample needs to be sent to a specialty laboratory to be tested. It may take a week or two to get the results, but this test is considered to be very reliable.

Things to consider before testing for FIV:
1) It takes up to 60 days for the virus to show up in a blood test, so if you believe your cat has been bitten or exposed to FIV, be sure to wait at least 60 days before testing. Otherwise, you may get a false negative result.
2) Kittens born to an FIV+ mother will most likely test positive for several months after birth. This is because FIV antibodies are passed along to nursing kittens. However, the actual virus is rarely passed on. If a kitten tests positive before 6 months of age, it is recommended to re-test them every 60 days until they are at least 6 months old.

The short answer is yes, as long as all of the cats are introduced properly, are not aggressive, and get along well. As FIV is transmitted through deep bite wounds, unless one of the cats is aggressive and bites, the likelihood of FIV being passed on is extremely rare. I will be covering this topic more in depth in a later post in the series. 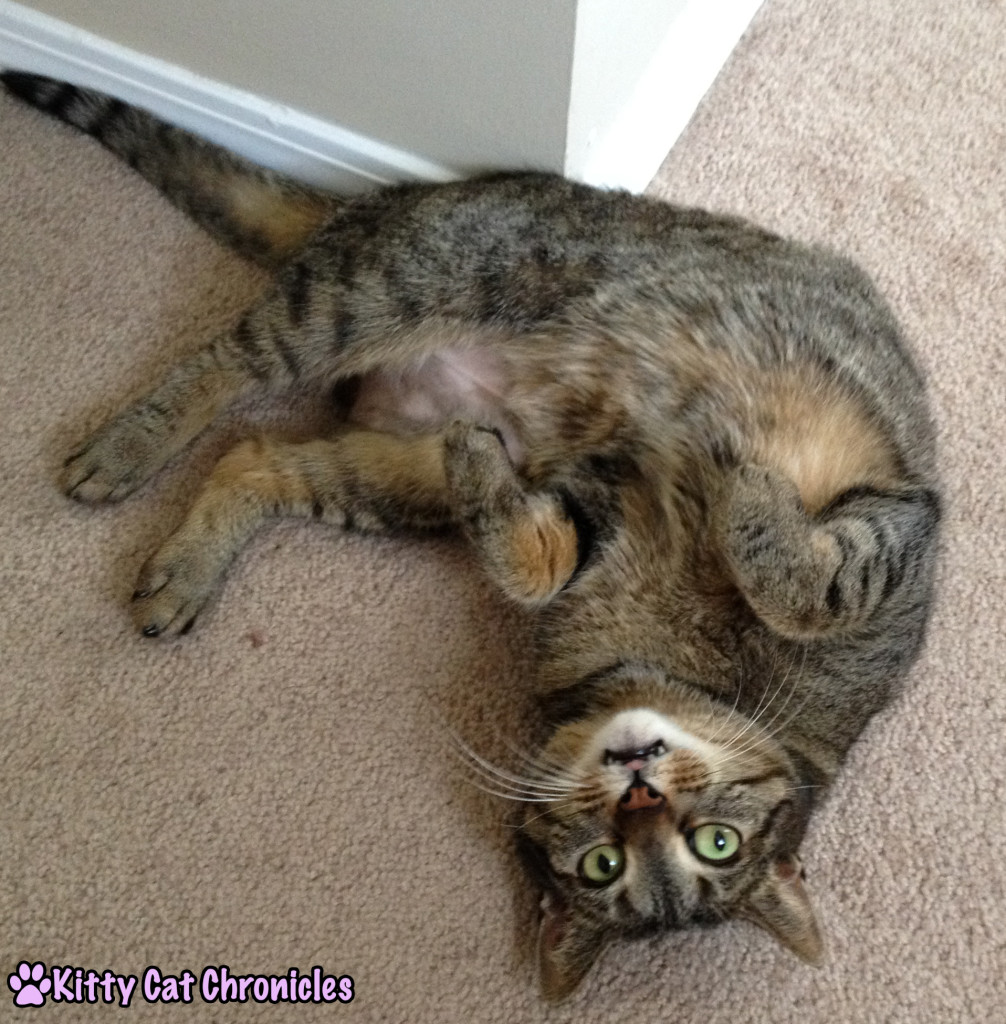 Should FIV+ cats be kept indoors or outdoors?

As with all cats, FIV+ or not, this is a question of hot debate. With FIV+ cats though, there are several other factors that lead most to agree that they should be kept indoors only. One reason being that an FIV+ cat could transmit FIV to other cats they come in contact with while outside. Sure, maybe YOUR cat isn’t aggressive and would never bite another cat, but you can’t predict the behavior of the other cats that are free roaming outside. Also, with a weakened immune system, it is best to limit the number of contagions an FIV+ cat is exposed to. The outside world has many more bacterias, viruses, and other contagions than the safety of an indoor home.

How can FIV be prevented?

As FIV is mainly transmitted through fighting, one of the best ways that FIV can be prevented is by spaying/neutering. Most cases of FIV are found in stray, un-neutered males. These males have large territories that they maintain by fighting other cats who encroach on that territory. Neutering a cat causes them to be considerably less likely to fight for territory, and it removes the need/desire to fight for females as well. And if the cat is well fed, they won’t need to fight for food either.

There is also a vaccine. However, there are several downsides to this vaccine that make it a less viable option. Please read our post The FIV Vaccine: What You Need to Know for more information.

If you would like to read more about FIV, Catwork is a wonderful source of information. Catwork is a sanctuary in the UK that has been home to more than 80 FIV+ cats since it opened in 1996. Their site is full of helpful information on FIV, as well as their sanctuary in general. I definitely recommend checking it out. They even have a booklet that can be downloaded from their website. This booklet was a HUGE help to me when we first rescued Sassy.

If you have any other questions about FIV, please feel free to ask in the comments or shoot me an email. I’d love to help in any way possible!