Hide Search
You are here: Home / Gryphon / Welcome to the Family, Gryphon!

Well, it’s official. As you all probably guessed when we announced that we were fostering little Gryphon, we have decided he is here to stay. Welcome to the family, Gryphon Purranha Hall!
*Side note: Gryphon’s middle name comes from his bad habit of wanting to bite everything (hence the piranha reference) and the fact that he has the loudest purr ever. 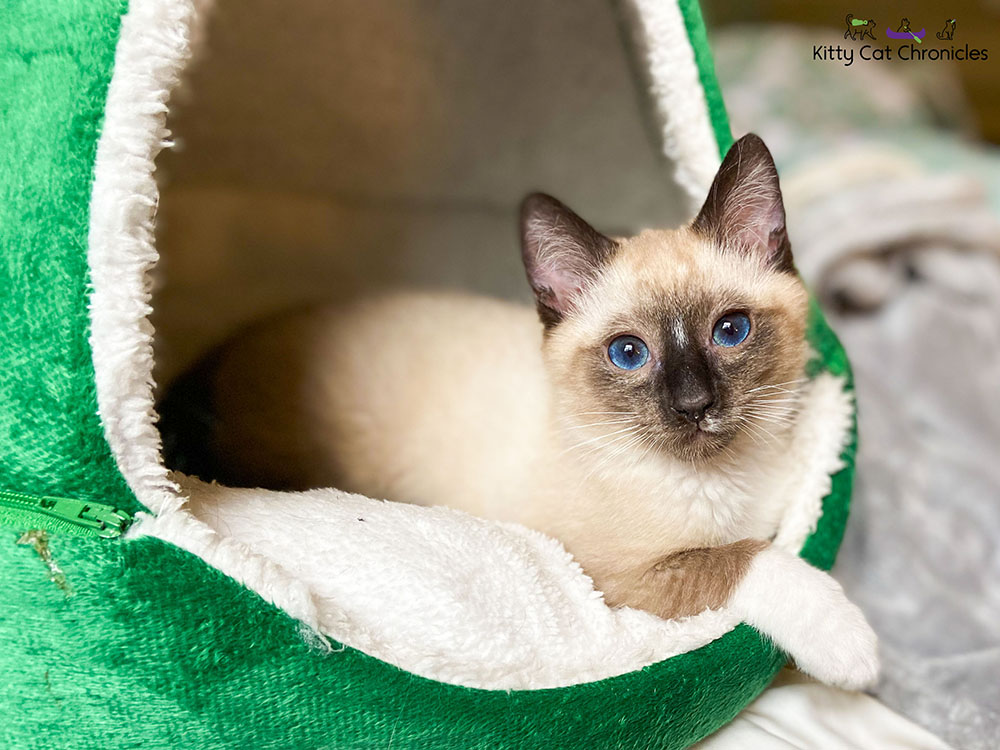 Bobby pretty much knew we were going to keep little Gryph the day we brought him home to foster. I held out though. But then at Christmas, I gave in and told Bobby we could keep him. This past week, we signed the adoption forms and made it officially official!

It has been so much fun having a little kitten in the house. This was our first experience having such a young one. With the exception of Delilah and Sampson, all of our cats were either already full-grown or close to it when we adopted them. Even Delilah and Sampson weren’t as young as Gryphon. Seeing him grow and develop, watching him go through different phases, has been amazing.

In honor of our exciting announcement, I thought I’d share some of the Gryphon Highlights we’ve experienced so far.

Gryphy wasn’t fully litter box trained yet when he came to us. He had accidents, made messes, and had to be bathed daily. For his first few weeks, we kept him crated when we weren’t home and at night. He did so well with the crate and never made a peep at night when we put him to bed. Except for one night. He woke me up at about 2am crying and carrying on and slamming the door to the crate trying to get it open. I tried to ignore him at first, but then I realized that that was unusual behavior for him. Something must been wrong! Something was wrong indeed…

I got out of bed, grabbed my phone to use as a flashlight, and shone it on little Gryph in his crate. What I saw was the stuff of nightmares. Poop. EVERYWHERE! He was covered from head to tail, the crate was covered from floor to ceiling – literally, there was poop on the ceiling. I will never know how such a small kitten made such a huge mess.

Anyway, I opened his crate, pulled him out, and gave him a bath. Thankfully we had another crate, so I just put the other one in a trash bag and threw it out – crate, bedding, litter box and all. There was no way I was even going to attempt to clean that thing. And of course, Bobby slept through the whole ordeal… 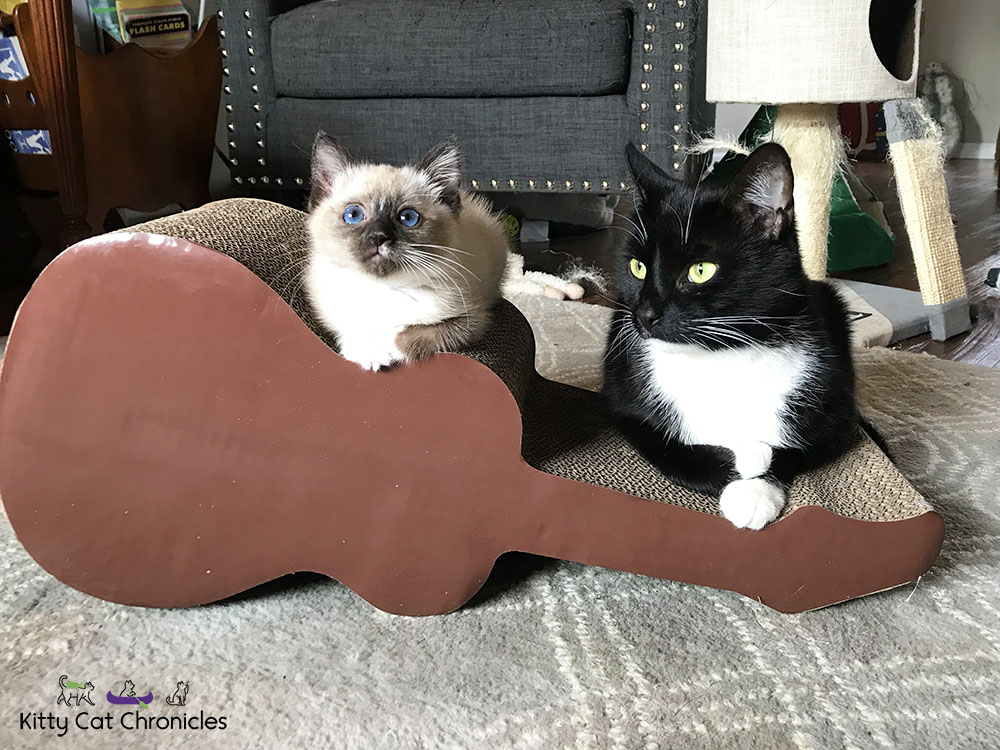 One night, we scattered catnip all over the floor and got out some catnip toys. Sampson is a HUGE nip head and quickly fell into a catnip stupor. They say that cats aren’t affected by catnip until they’re about 6 months old, but Gryphon saw the way Sampson was acting and started copying him. So freakin’ adorable.

It was one of the cutest things I’ve ever seen in my life. I suppose mimicking is one of the ways kittens learn from their mothers. Sampson has taught him well!

Watching Gryphon bond and form relationships with our other cats has been so much fun. He is FULL of the usual playful kitten energy. Thankfully Kylo Ren never grew out of that phase, so he has finally met his match in Gryphon. The two of them romp and play and chase each other every day. Gryphon and Sophie are a pretty sweet pair too. Sophie makes friends with everyone, so it isn’t surprising that she and Gryph are buds. They wrestle and play too, but they can also be found snuggling together. 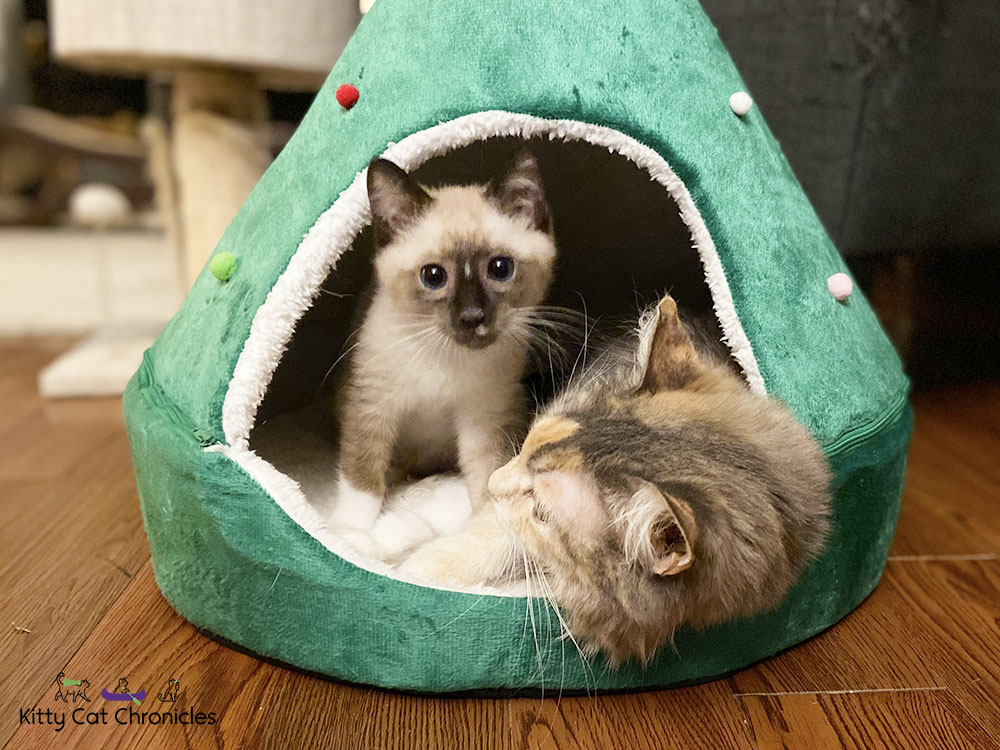 Even Raddy has joined in the play fest. I’m so glad that he has taken a liking to Gryphon. Caster was Raddy’s best friend, and he struggled a lot after Caster died. To see him chase and play with little Gryph has been heartwarming, to say the least.

And of course, Gryphon has been bonding with Bobby and me too. When he was an itty bitty kitten, I would put him in my shirt to snuggle, which he loved. Even though he has gotten bigger (he weighs over 3 times what he weighed when we first brought him home!), he still loves shirt snuggles. He also has an adorable habit of kissing me on the mouth every time I pick him up. I hope he never grows out of these sweet habits of his! 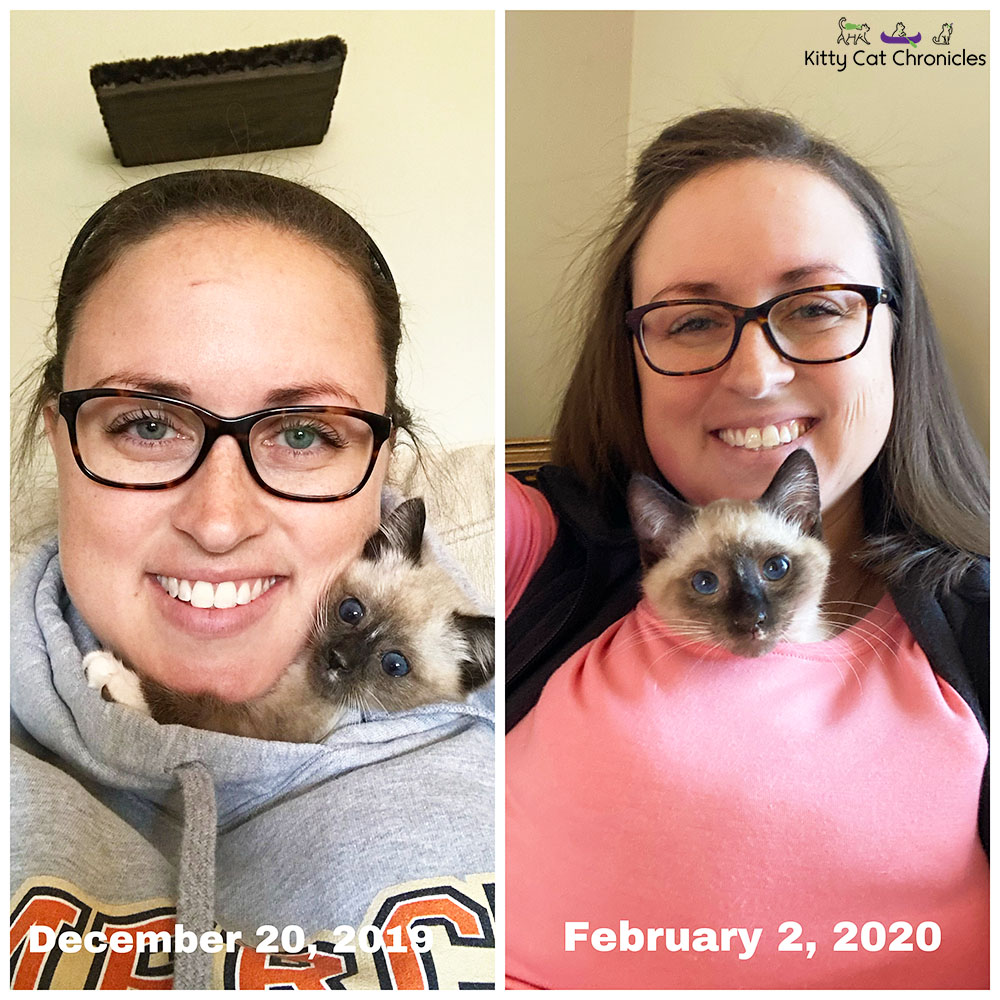 Anyway, I hope you all have enjoyed reading the Gryphy highlights so far. We are so excited to have him join the family officially. We can’t wait for the many more wonderful memories we will create with him! 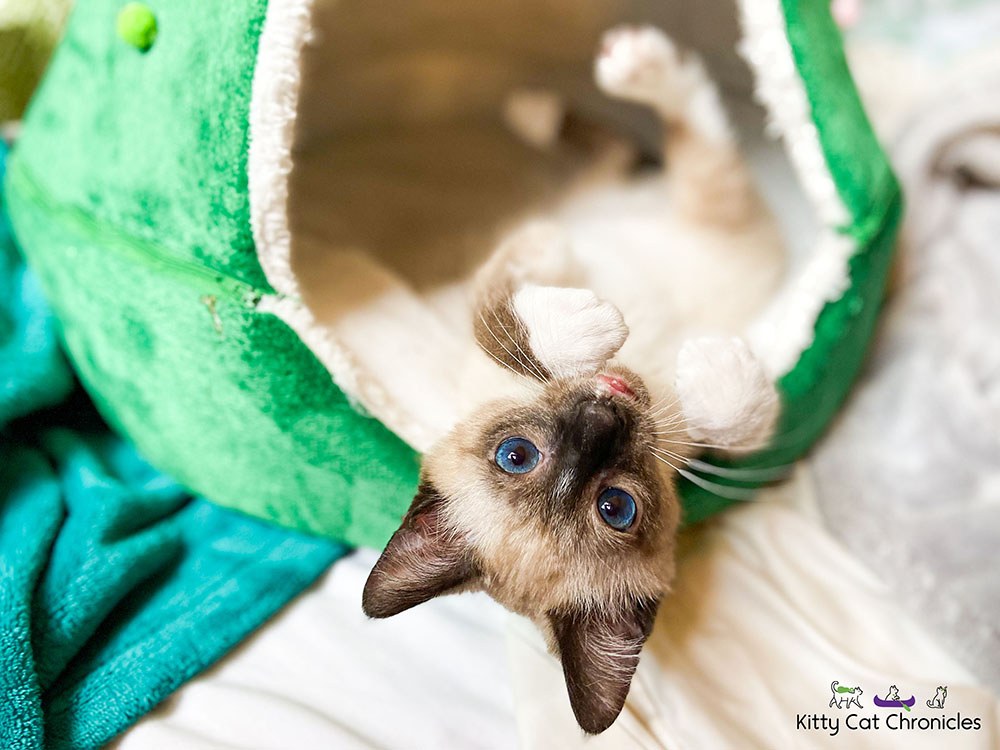