This past week was an exciting one for the KCC Gang! We took off from work and had a little staycation. Part of the staycation included visiting with family who were in town – my husband’s cousin and her kids. The kids always love playing with the kitties when they’re in town. When we mentioned taking Sophie, Kylo Ren, and Lucy out for an adventure, they couldn’t have been more excited.

We decided to visit a nearby park that we had never been to before – Amerson River Park. It was a blast! 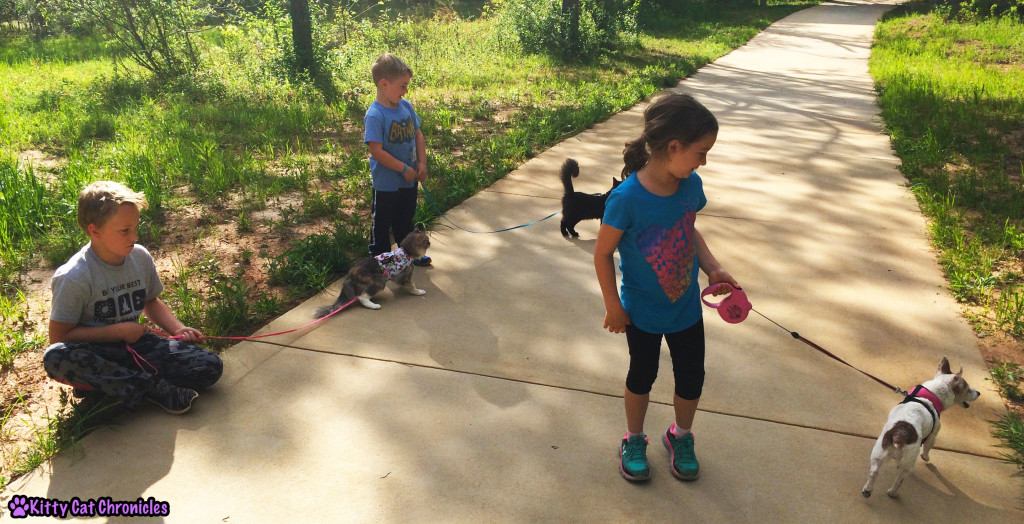 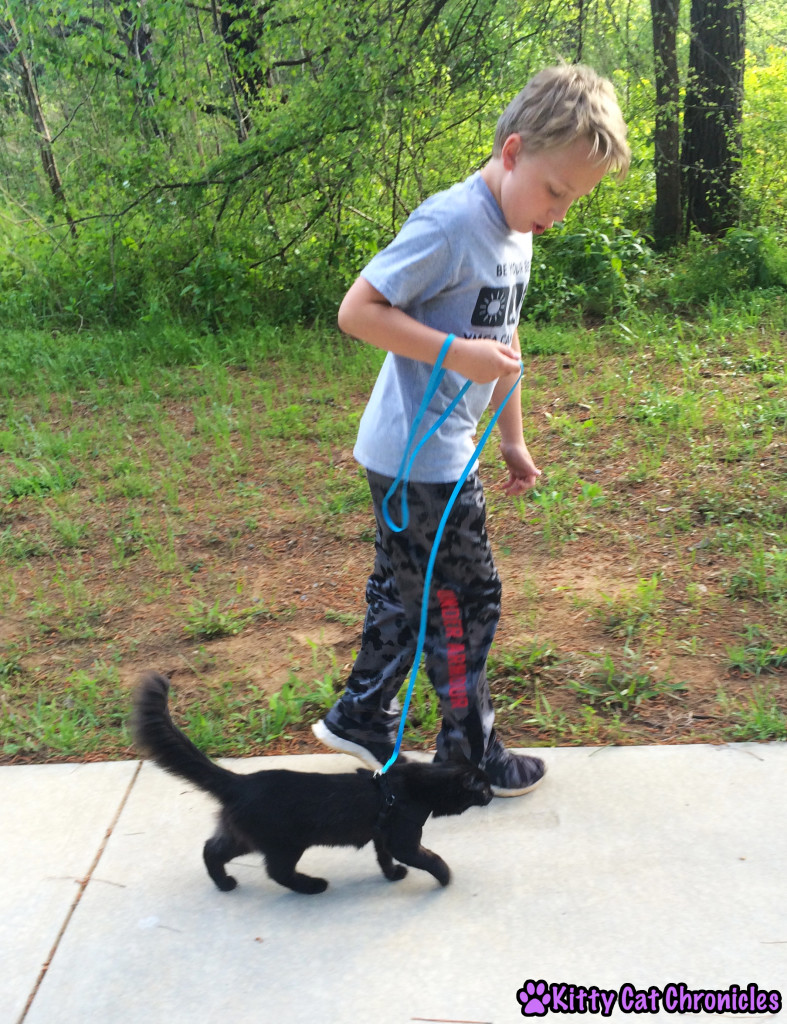 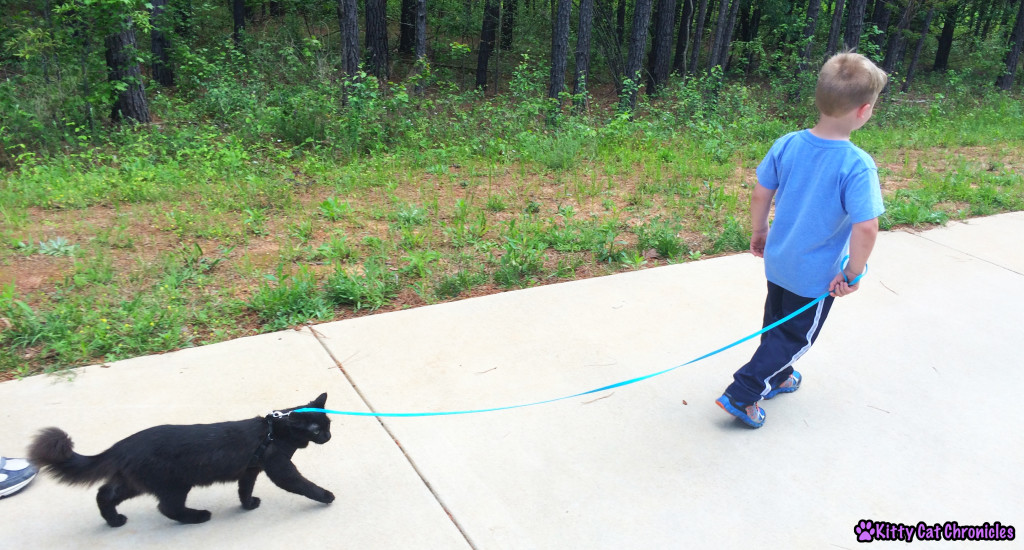 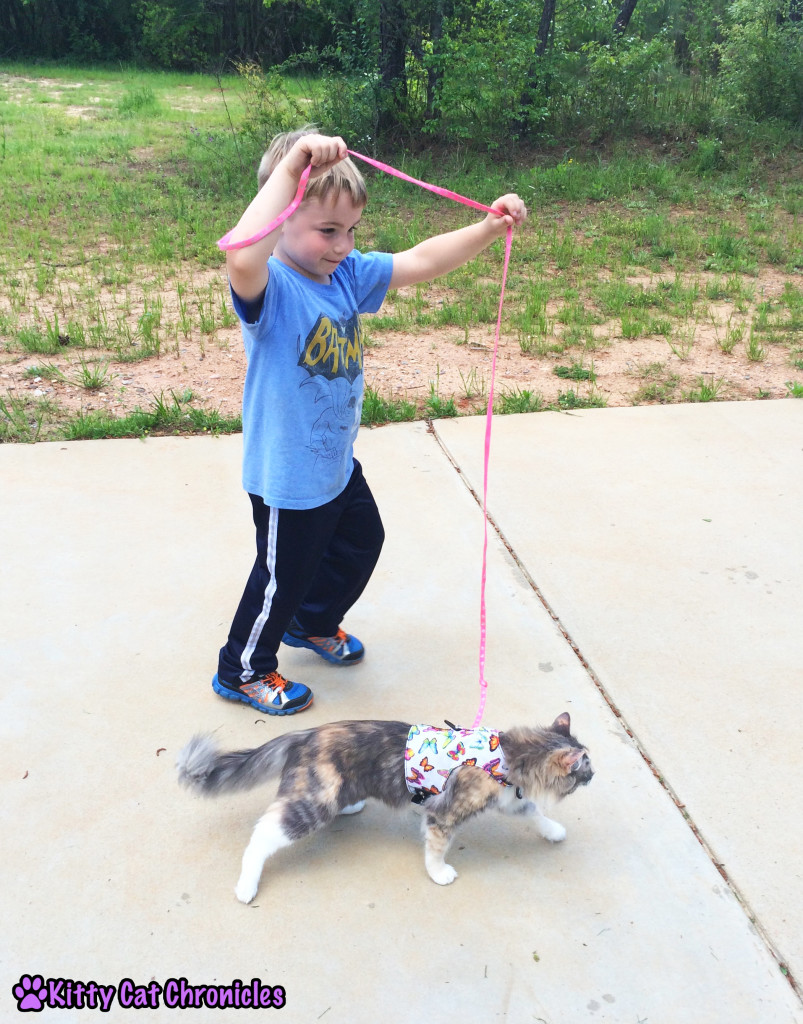 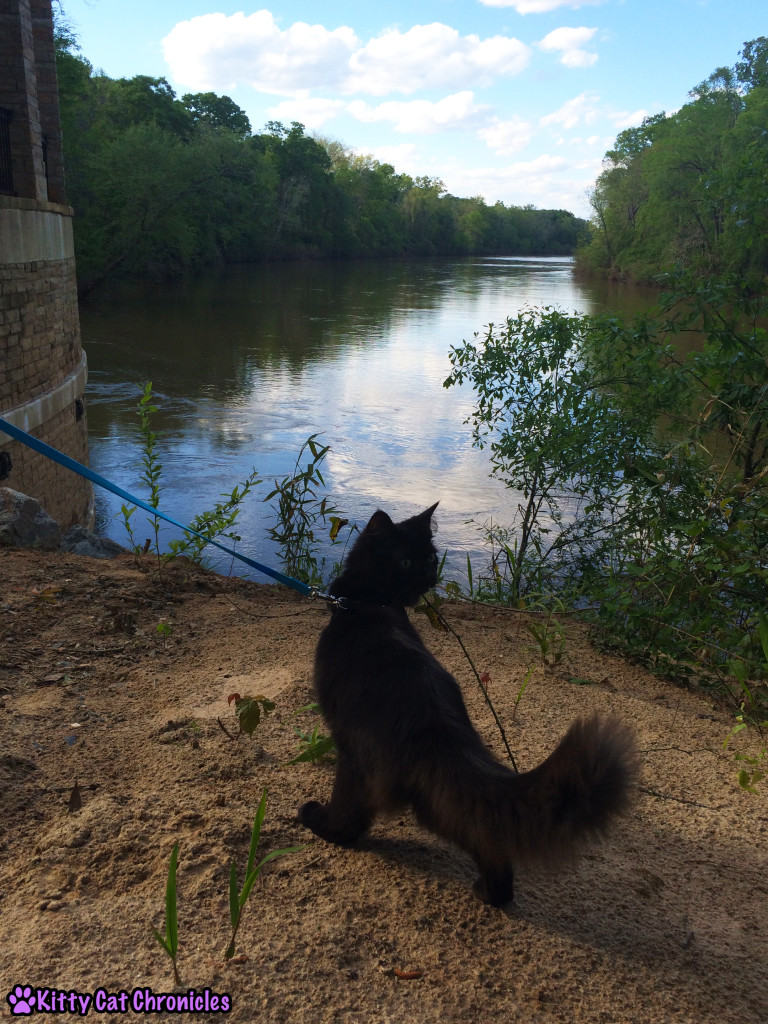 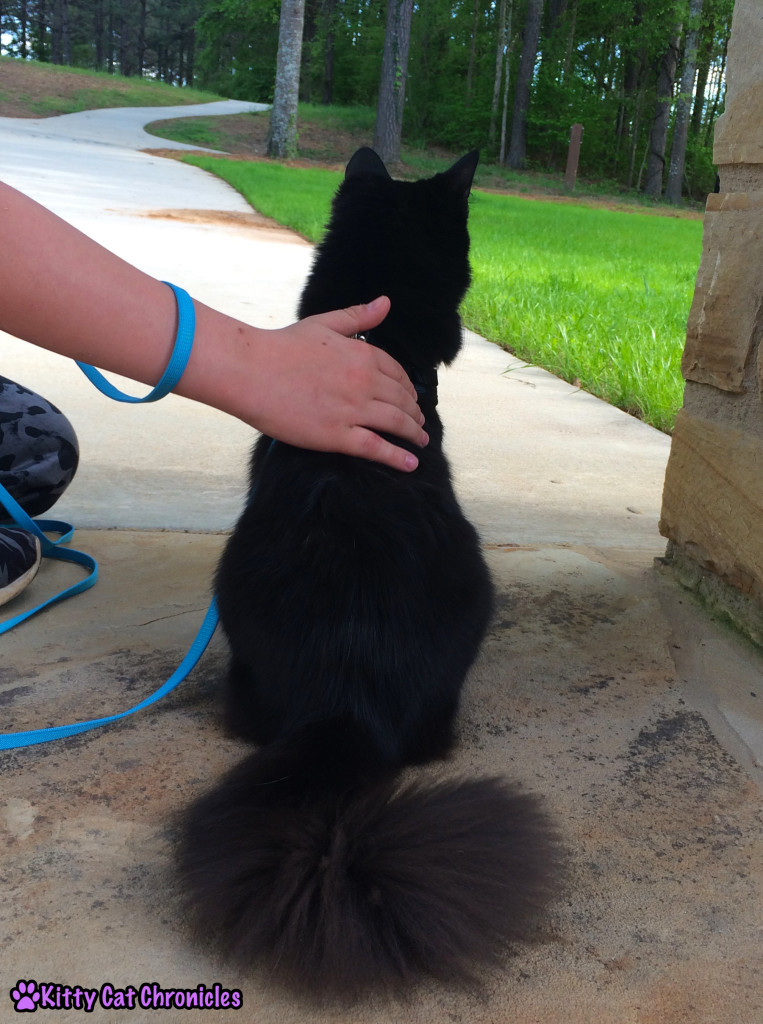 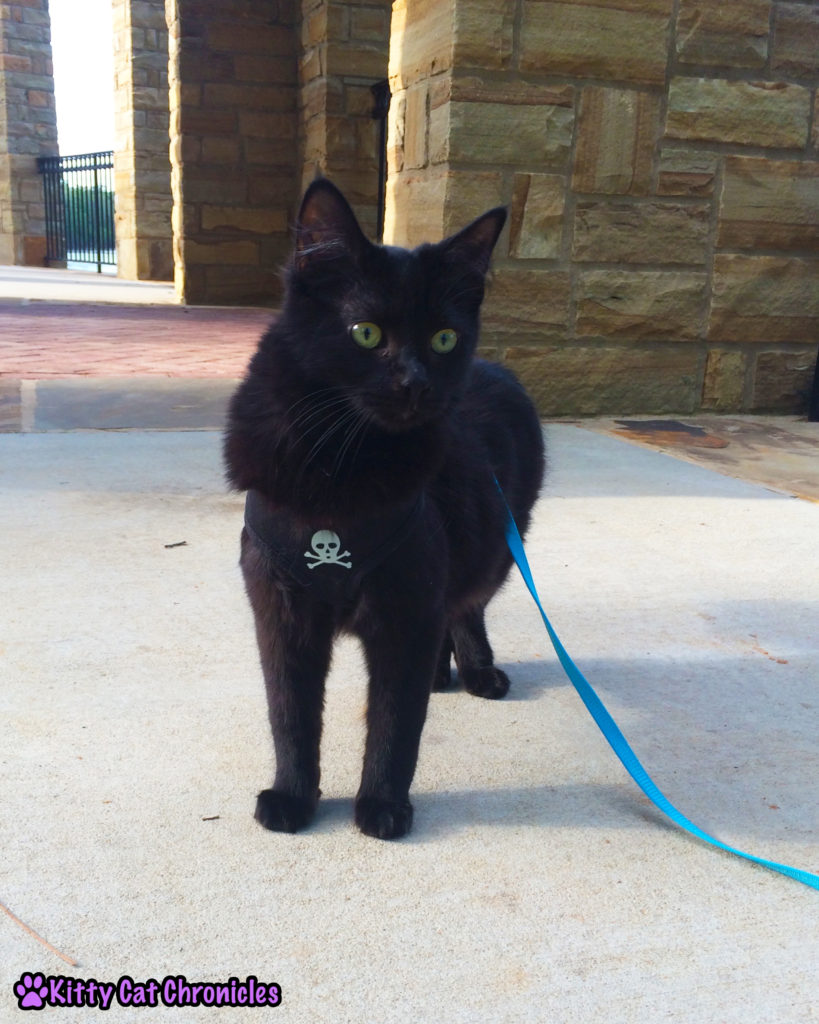 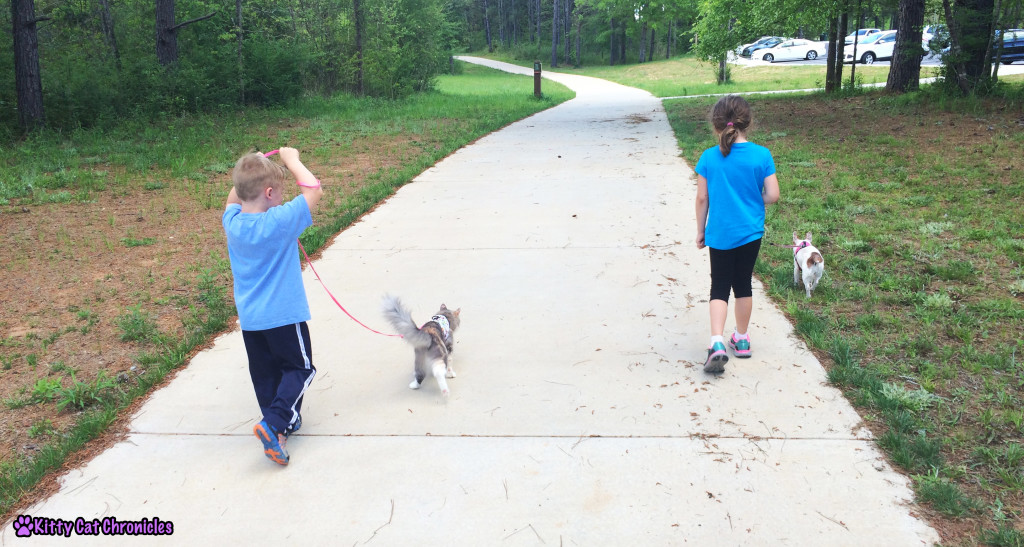 I was nervous about letting the kids walk the cats at first, particularly Kylo Ren. This was only Kylo’s second adventure, so it is all still new to him, and a dropped leash could easily mean a lost kitty. Sophie can’t run fast enough to get away, but Kylo Ren sure can. I don’t think he would run away purposefully, but I do think he would go chasing after something if he had the chance. Anyway, the kids were awesome with the cats. I explained to them how to hold the leashes, and they were so careful and diligent about making sure they did everything correctly. I was impressed.

The cats did really well too. Sophie even went to the bathroom! She is getting the hang of the going-potty-outside thing. Now she just needs to teach Kylo…

The park was really neat – definitely one we will be revisiting. It is huge, so there is still a lot more exploring for us to do! Be on the lookout for more outings with the Adventure Team!