We’ve been getting TONS of rain over the past several weeks. The creeks and rivers in our area are flooded, and many of our favorite parks and hiking trails have closed until further notice due to the flooding. Thankfully, we did get a couple of dry days over the weekend, so Bobby and I took Gryphon and Sophie out to Hitchiti Loop Trail.

Kylo Ren has hiked that trail before, but it was new to Sophie and Gryph. They LOVED it. 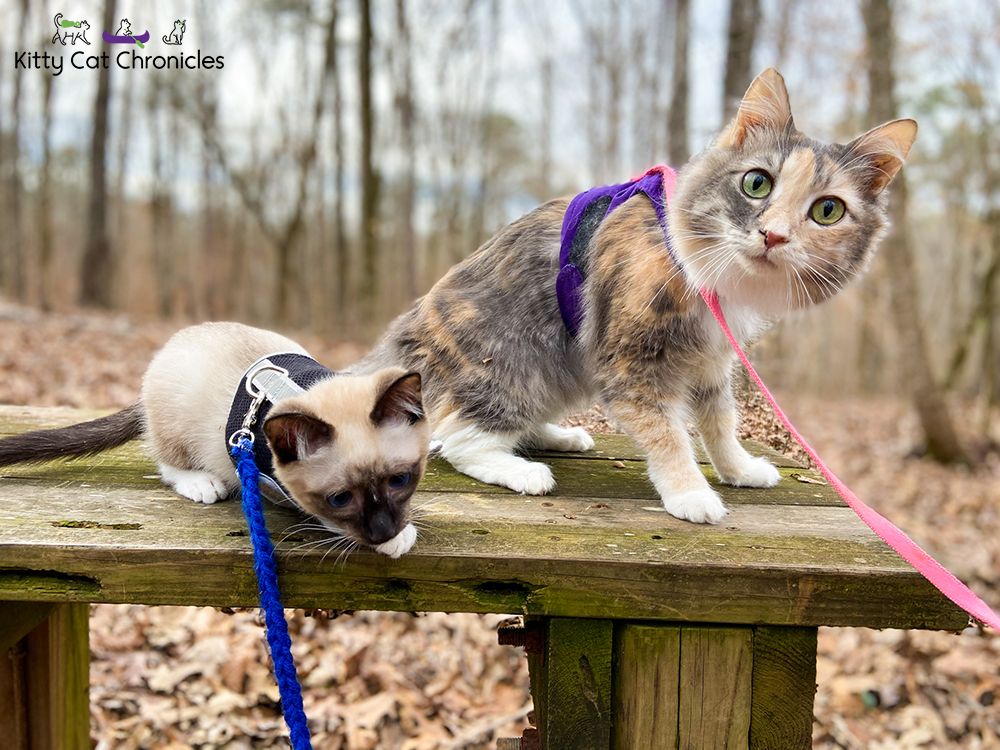 The first mile or so of the trail took almost an hour to complete because Gryphon wanted to stop and sniff every leaf, twig, and piece of dirt. He was under sensory overload. He eventually caught on to the whole “hiking/keep-moving-on-the-trail” thing though, and he went from 0 to 100. 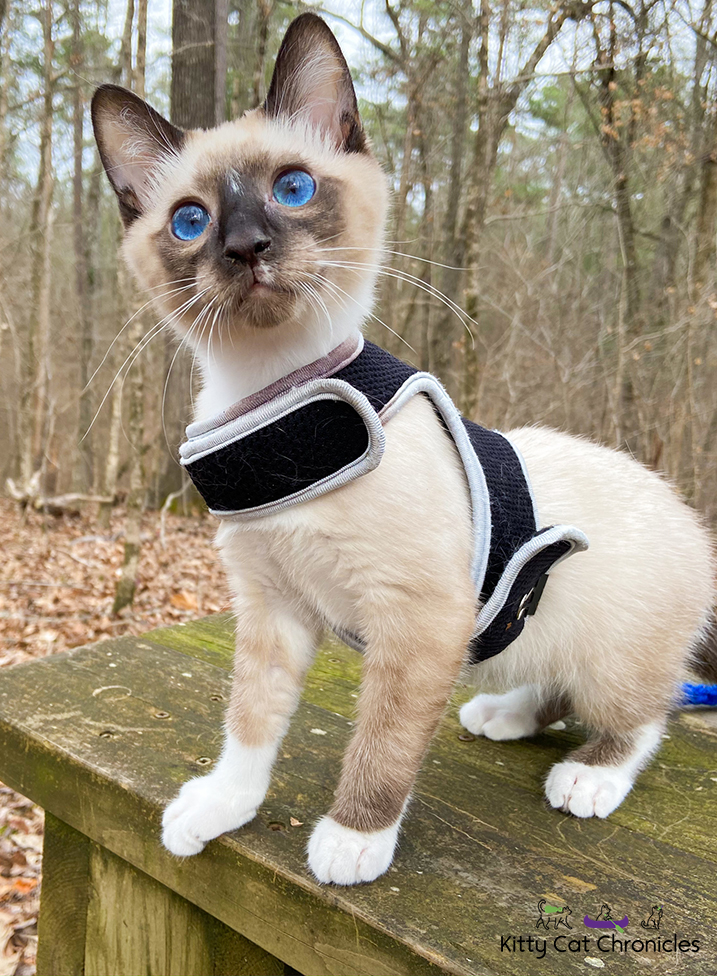 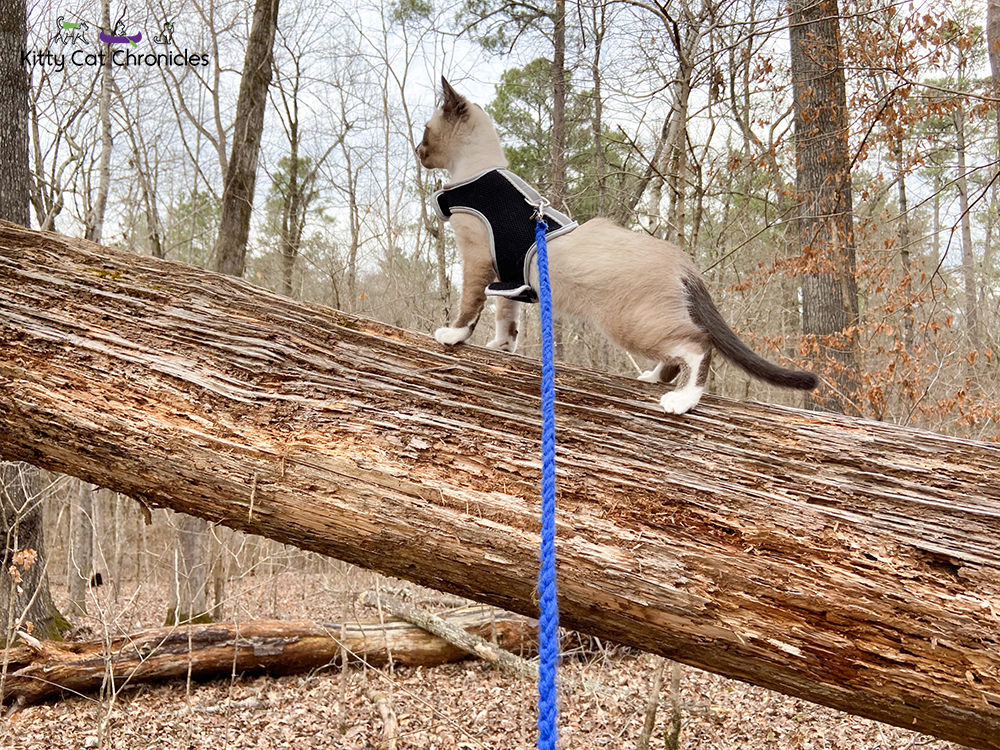 Bobby worked with him and discovered that all it took to keep Gryphy moving was a gentle tug on the leash accompanied with a “Come on, Gryphy!” It was amazing watching the progress. It was only Gryphy’s second hike, but he acted like a pro. He was excitedly running down the trail, and he would jump onto a tree just to propel himself back off. It was like he was doing parkour.

Sophie did well too, of course. She’s usually always a cooperative hiker. The only time she has trouble is during any uphill climbs. Her wobbliness combined with the slickness of the pine needles and leaves doesn’t allow her the traction and stability she needs to walk uphill very well. She always tries, but we usually have to pick her up and carry her up any inclines. She’s a trooper though! 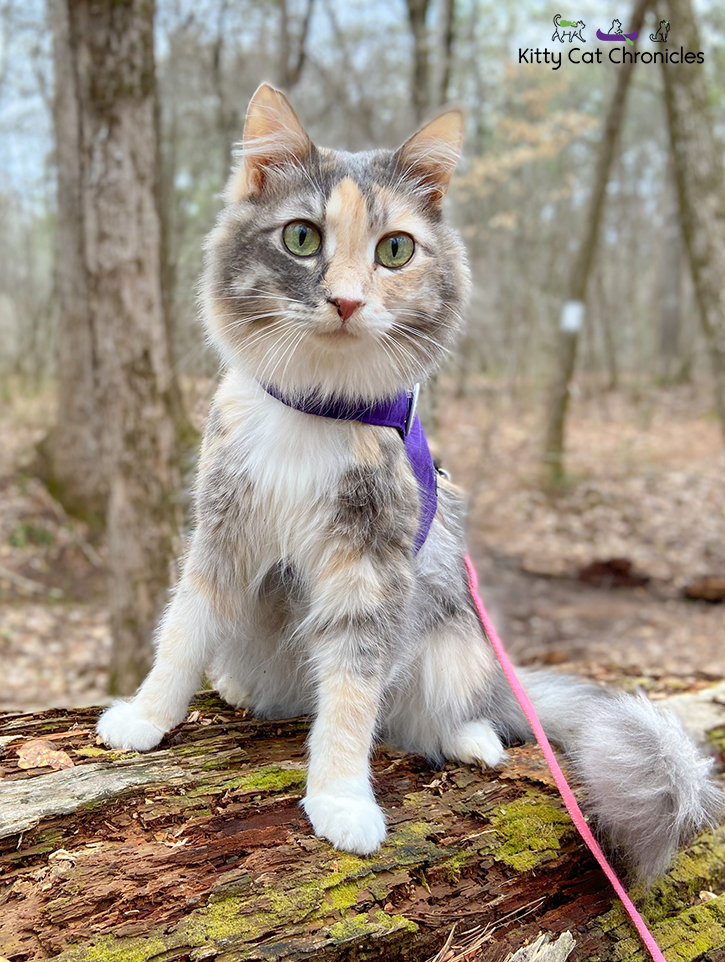 Hitchiti Loop Trail does meet up with a creek several times (and eventually a river), so Gryphon got to investigate the water. He has a strong fascination with it at home – he splashes around in the water dish, and he always loves to jump in the tub to play in the water after we take showers. I figured he would enjoy the creek. He didn’t get in it totally, but he did step into the water voluntarily. He was entranced by the running water. We shall see what this develops into… maybe he’ll turn out to be a swimmer! 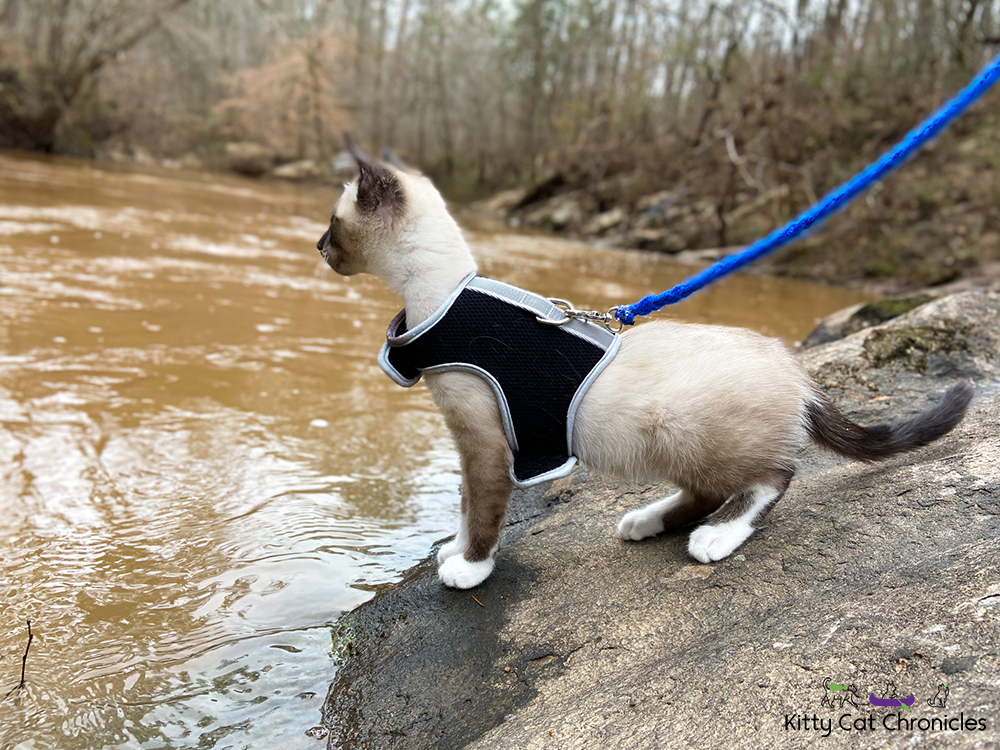 We got off to a slow start, but overall, the hike was immensely successful! We didn’t make it through the whole trail – only about 2 miles (about half), but both Sophie and Gryph had a great time. Gryphy made huge strides with his adventure training too. He will be taking his first road trip/weekend adventure in a few weeks with Kylo Ren, Bobby, and me, so that should be exciting!

Here’s to hoping all this rain goes away soon so we can get out and do some more adventuring! 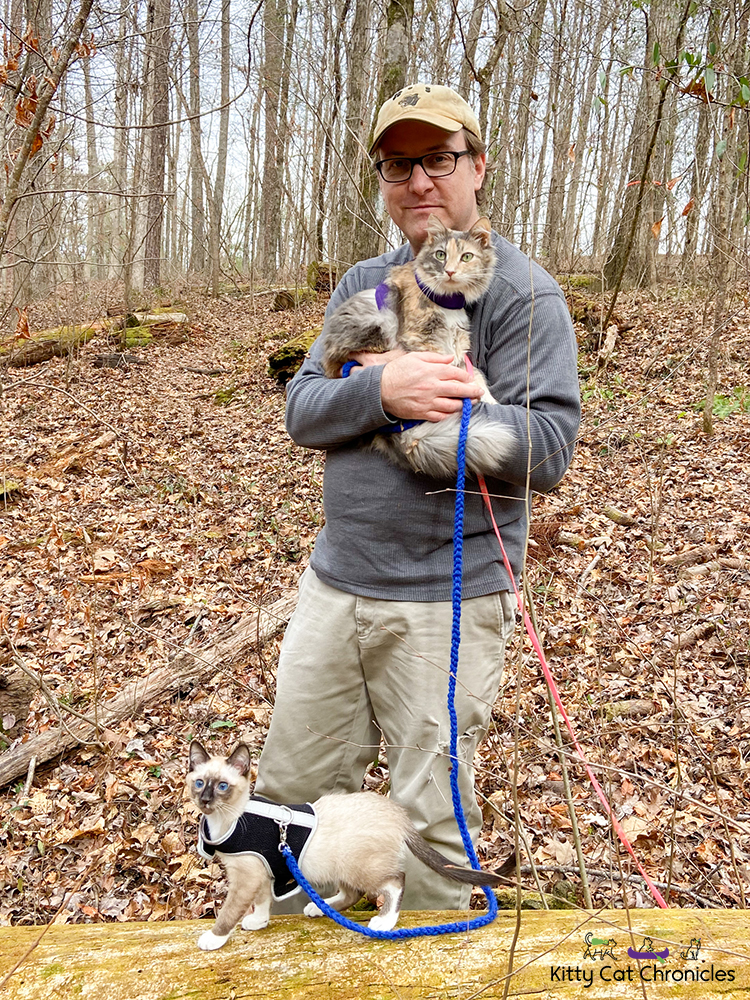