Fighting Dragonflies with the PetSafe® Flitter

Disclosure: This post is sponsored by PetSafe®. We received a PetSafe Flitter toy in exchange for our honest review, but this did not influence our opinions at all. We only share information we feel is relevant to our readers. PetSafe is not responsible for the content of this post.

We have had the privilege of trying out several of PetSafe’s interactive cats toys, and they have never disappointed. When the new PetSafe Flitter toy arrived on our doorstep, we just knew we were in for a treat! The Flitter is an automatic toy with two dragonfly teasers that fly around and around, enticing your cats to catch them. It makes little chirping noises as well. Though real-life dragonflies don’t actually make chirping noises, I like that this makes noise because it gets the cats’ attention if they are in another room.

Just like other interactive toys by PetSafe, the Flitter has a Play-While-You’re-Away mode. When activated, it will play immediately, and then once every 2 hours for a total of 3 play sessions. However, you should always observe your cat playing with the toy before leaving them to play with it when you aren’t around. Personally, I would only use the Play-While-You’re-Away feature on this toy if I were at home. Sophie was so rough with it, I wouldn’t trust leaving her alone with it. I’ll just let you see for yourself… 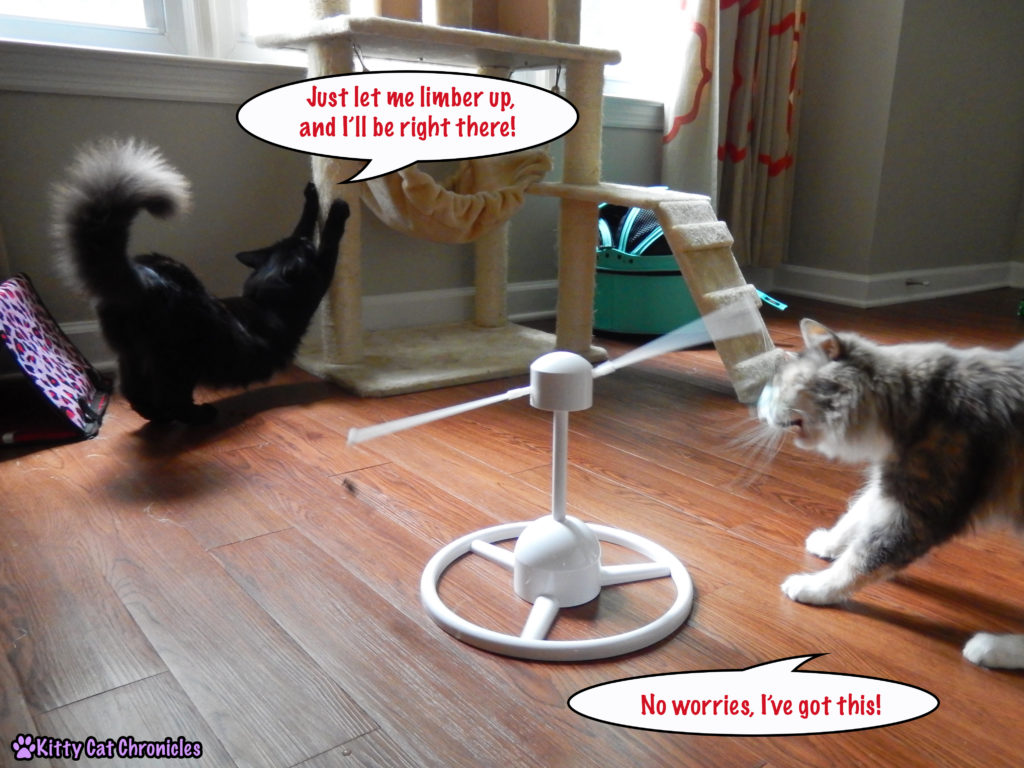 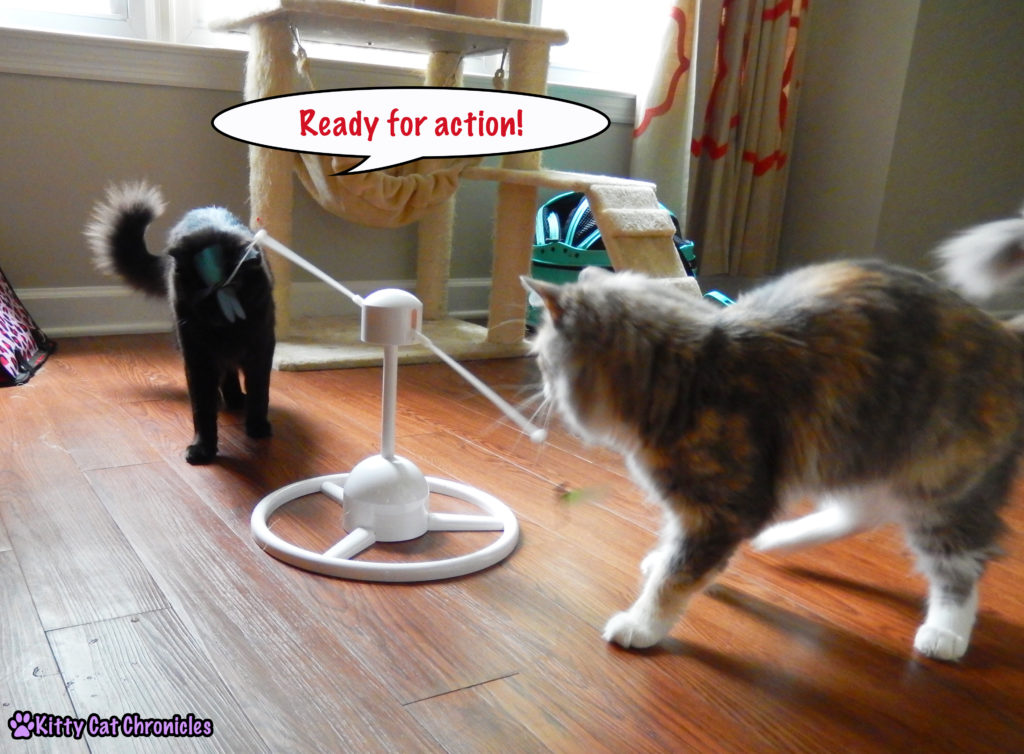 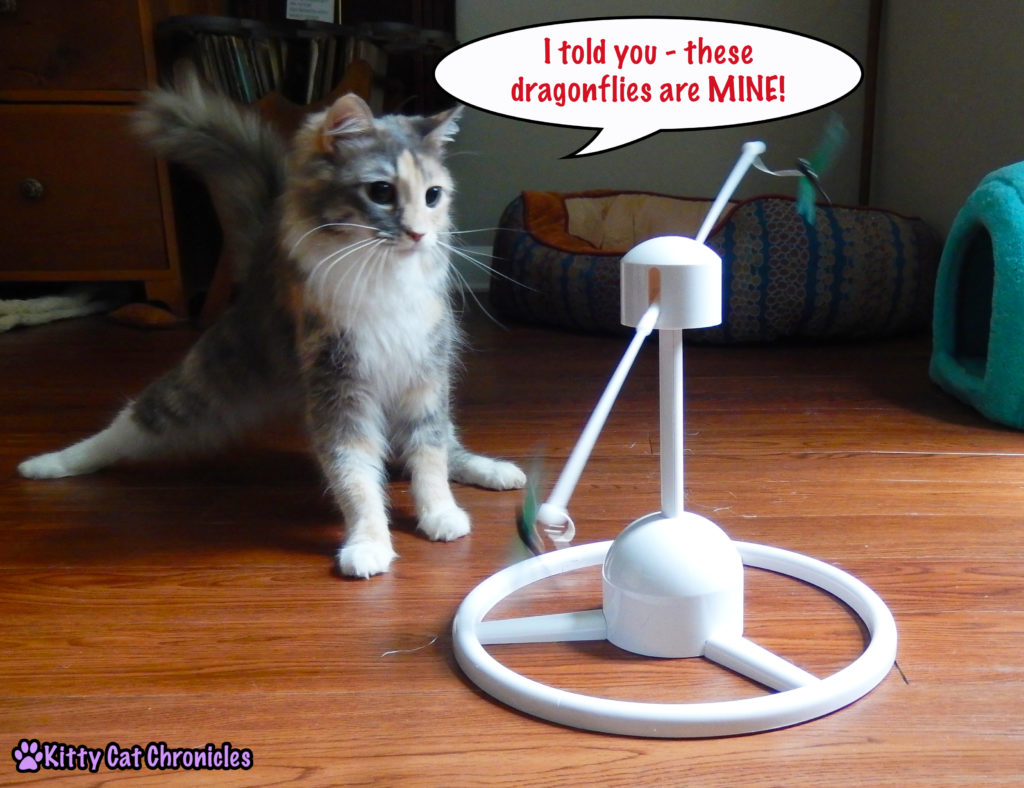 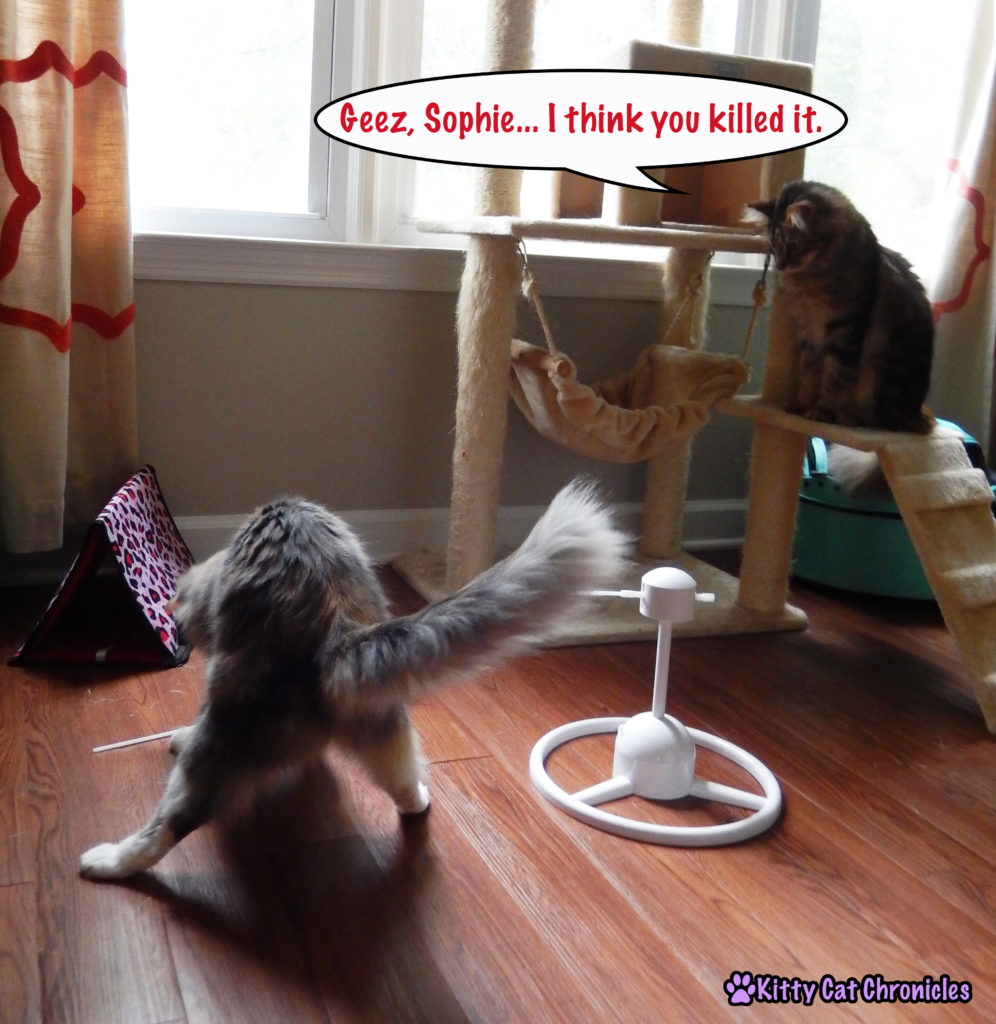 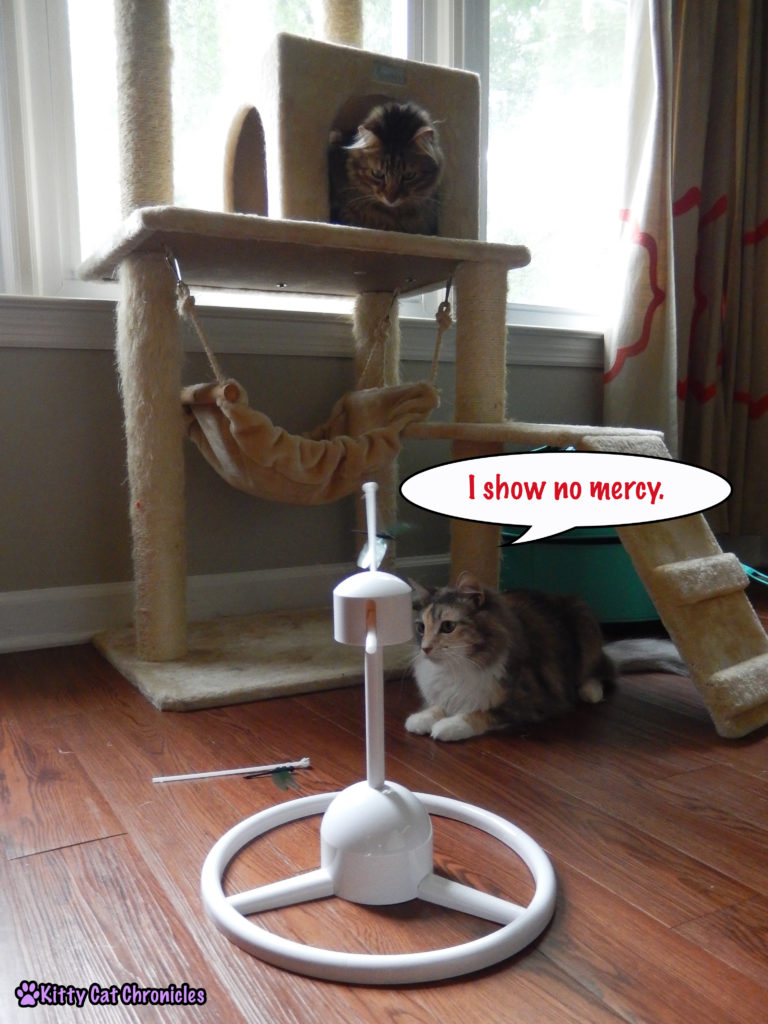 The Flitter hadn’t been on but 5 minutes before Sophie had already pulled one of the arms off as well as a wing off one of the dragonflies. Thankfully, the arm can easily be put back into place. As for the dragonfly, well… he wasn’t so fortunate. The teasers are replaceable though, so perhaps I will have to look into that.

As you can see, the Flitter is a hit. If the thing is on, Sophie is right there, ready to take it down. She’s really the only one who has taken it for a spin, though I’m not so sure that’s because the other kitties aren’t interested so much as they’re just afraid to get between Sophie and those dragonflies!

If you’d like to purchase your own PetSafe Flitter, you can click here to do so. However, I will say that we will be hosting a big giveaway for our blogoversary on Memorial Day (Monday, May 30th). Not to give too much away, but one of the prizes may be a PetSafe Flitter toy… 😉 Stop by on the 30th to see for yourself!