Hide Search
You are here: Home / Cats & Dogs / Settling in with Lucy

Settling in with Lucy 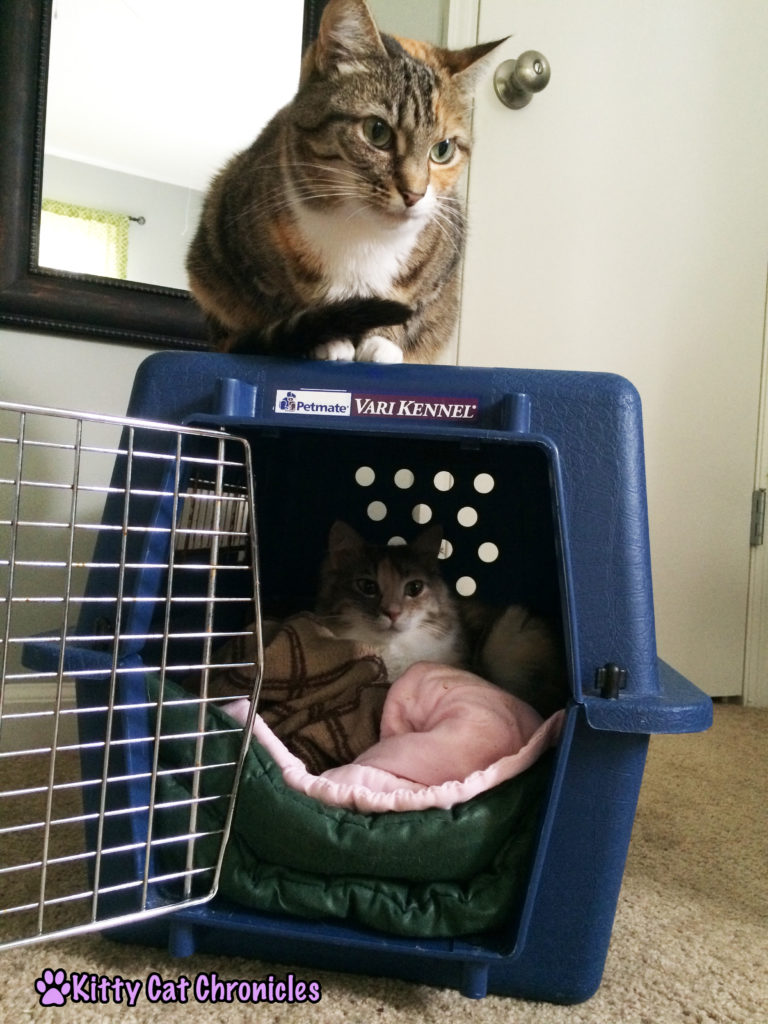 It’s now been a week and a half since Lucy came to live with us. We have been thankful to have such an easy and seamless transition. It’s hard to believe that no one has put up a fuss about having another furry sibling running around, especially one of the barking variety. All of my gang have been around dogs before though, so it hasn’t been a completely new thing to them. However, Lucy had never been around cats before. You would never know it though! She just fits right in with them.

She does get nervous when the gang gets all riled up and runs around the house like a bunch of maniacs, which is a typical after-dinner activity. I think this may have to do with the fact that when her previous dog sibling would get riled up, it meant that she got bit and attacked. She is slowly learning the ways of the kitties and that they won’t attack her. 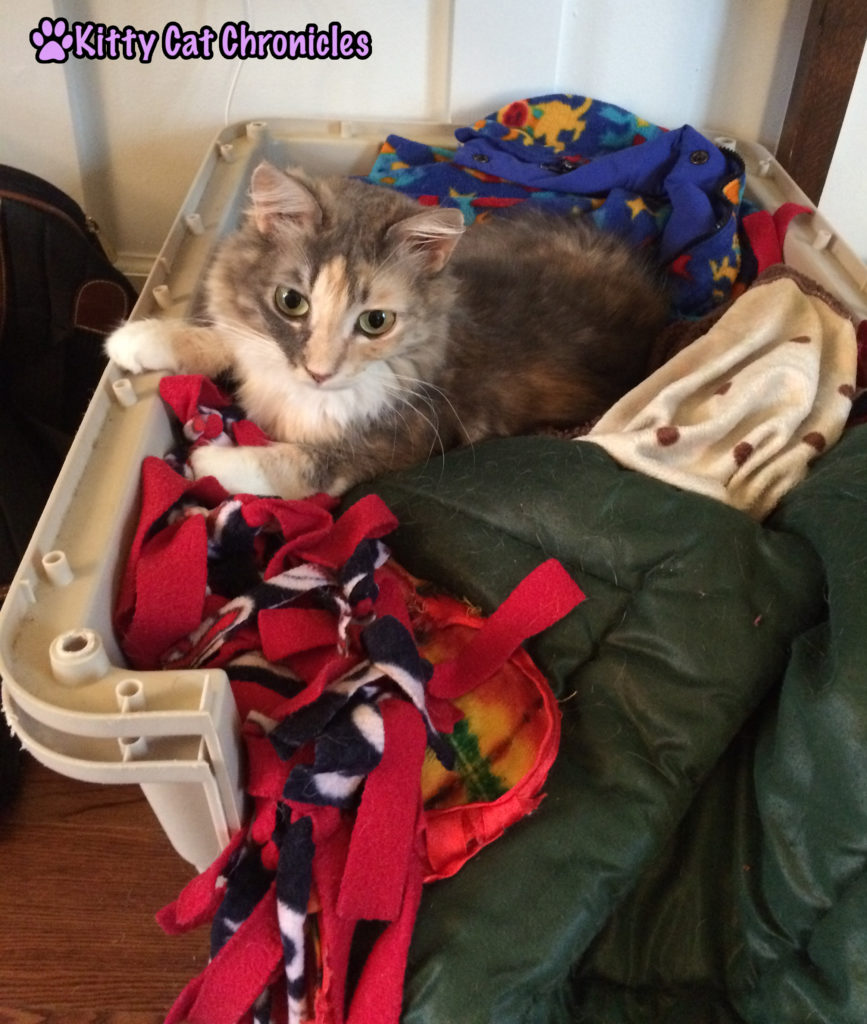 As I mentioned before, Sophie has taken a particular liking to Lucy. She follows her around, sleeps in her beds, and cuddles up to her. Lucy doesn’t mind, thank goodness! In fact, we were especially thankful for Lucy’s laid back personality a few days ago. We put Lucy in her crate when we leave the house because that is what she is used to, and we just want to be on the safe side with the cats. Keep in mind, Sophie loves to sleep in Lucy’s crate. When I got home from work a couple days ago, I opened Lucy’s crate to let her out, and imagine my surprise when out came Lucy AND Sophie! Apparently Sophie had been curled up in the blankets of Lucy’s crate, and my husband hadn’t noticed when he put Lucy in. They must have been in there cuddled up together for a couple of hours. While it ended up being an adorable surprise, it could have gone a lot differently. We are extra careful about checking for Sophie when we put Lucy in her crate now.

Despite the scary possibility of what could-have-been and the typical stereotypes of dogs and cats, Lucy and the cats are getting along amazingly well! I couldn’t ask for a better mixed family.