We celebrated Sophie’s 7th birthday a couple weeks ago. Just like with Sampson, I neglected to get a post up on her birthday (whoops), but we did celebrate! Not only did we have a treat and catnip party, we extended the celebration by going on a hike this past Friday.

It’s been so hot (almost 100 degrees every day), so we haven’t been out on many adventures lately. We had to make an exception for Sophie’s birthday though, so we got up extra early to beat the heat. We opted to go to Brown’s Mount, which is a hiking trail not far from our house that we discovered earlier this year. It’s wooded, so we thankfully didn’t have to deal with being in the direct sunlight. 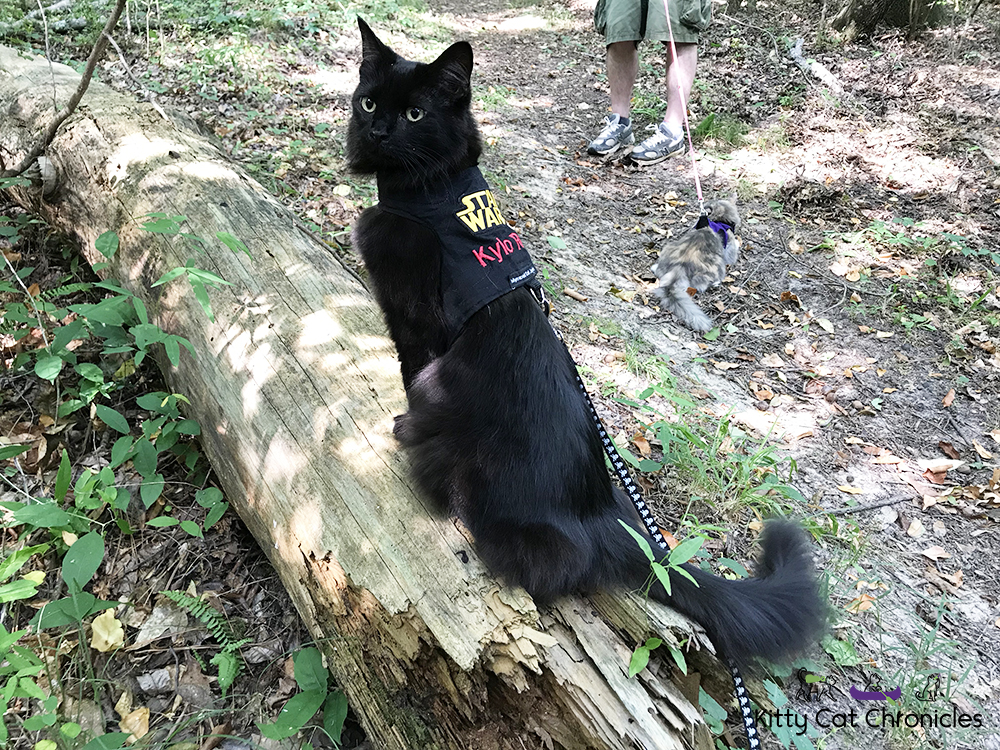 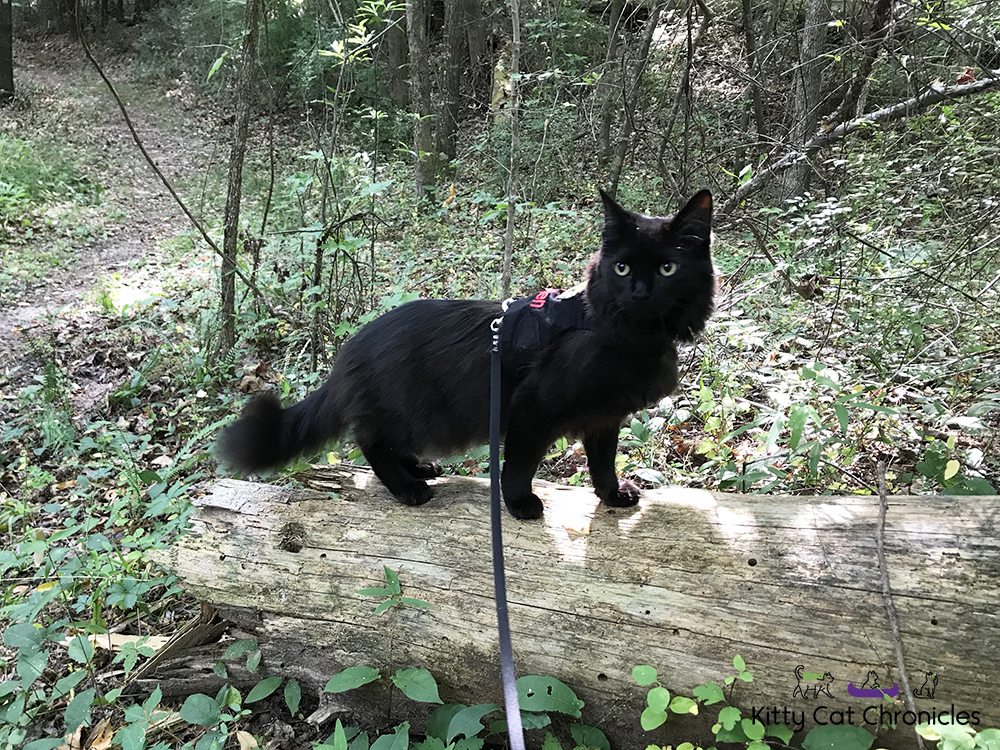 Kylo Ren tagged along for the hike, of course. Hiking is his favorite adventures, so we couldn’t leave him out of the fun! He ended up enjoying the hike the most. (Hence the reason he had way more photo ops than Sophie did.) 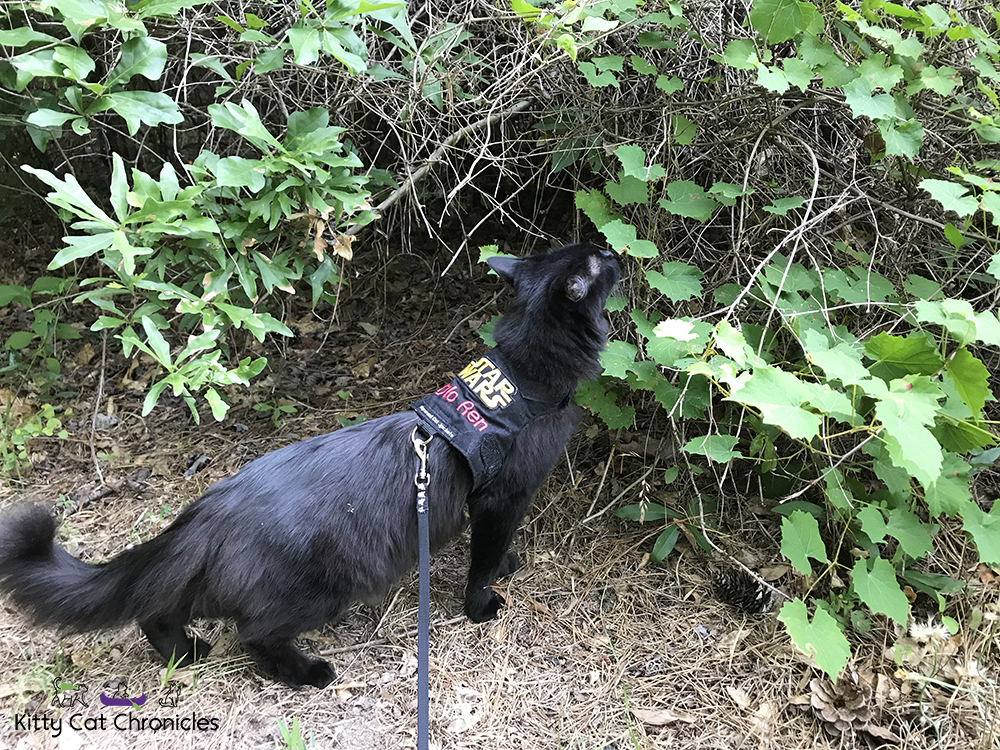 Sophie was uncooperative for the first half, and we weren’t sure why. Then she started crying incessantly, and my husband reminded me that that’s her signal that she has to go to the bathroom. I hadn’t realized it at first because it happens so rarely. Though she will go to the bathroom when we’re out on an adventure, she whines and puts up a fight about it for a while before she will actually go. I’m assuming it’s because she wants to wait until we get home, but she eventually reaches the point of no return and has no choice but to go. 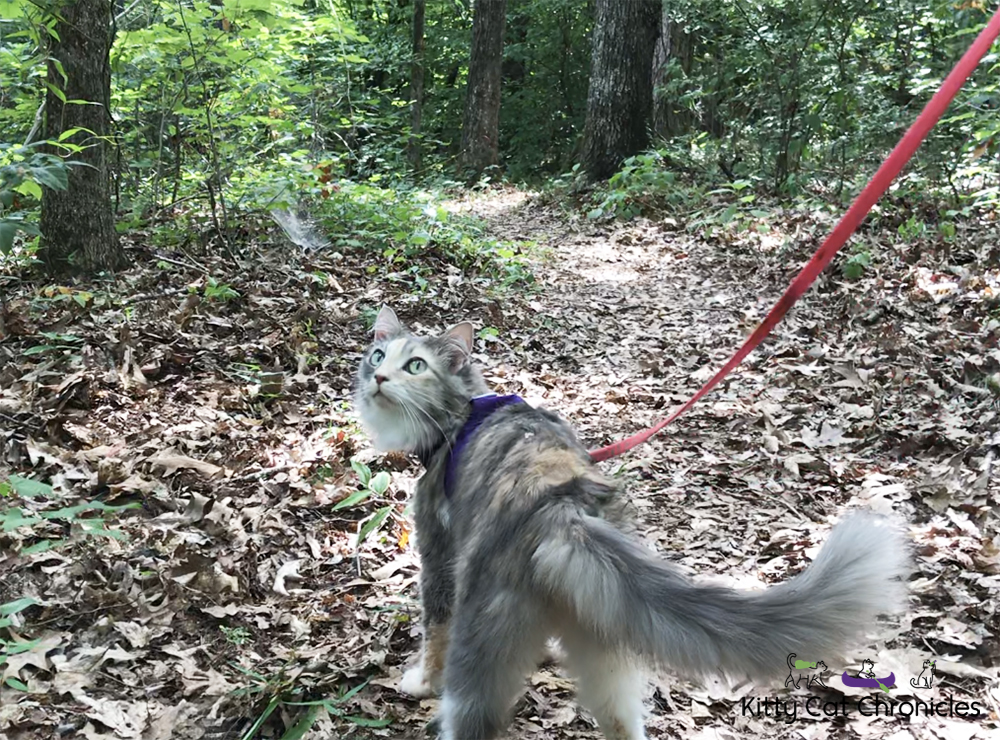 Once we realized what was wrong, I took her off to the side by herself and let her dig around before she found a suitable spot. (Thankfully I had our poop bags and poop bag holder from our KCC Adventure Starter Kits with us!) Hopefully she will eventually learn to just go when she needs to go rather than fight it.

Anyway, once Sophie relieved herself, we all enjoyed ourselves much more. She got into the hike, and we all had a great time! I’d say overall we hiked about 2 miles at least. We made it all the way to the overlook. Since it’s summer time, the view is a bit obscured by all the tree foliage, but in the colder months there is a really cool view of the city. 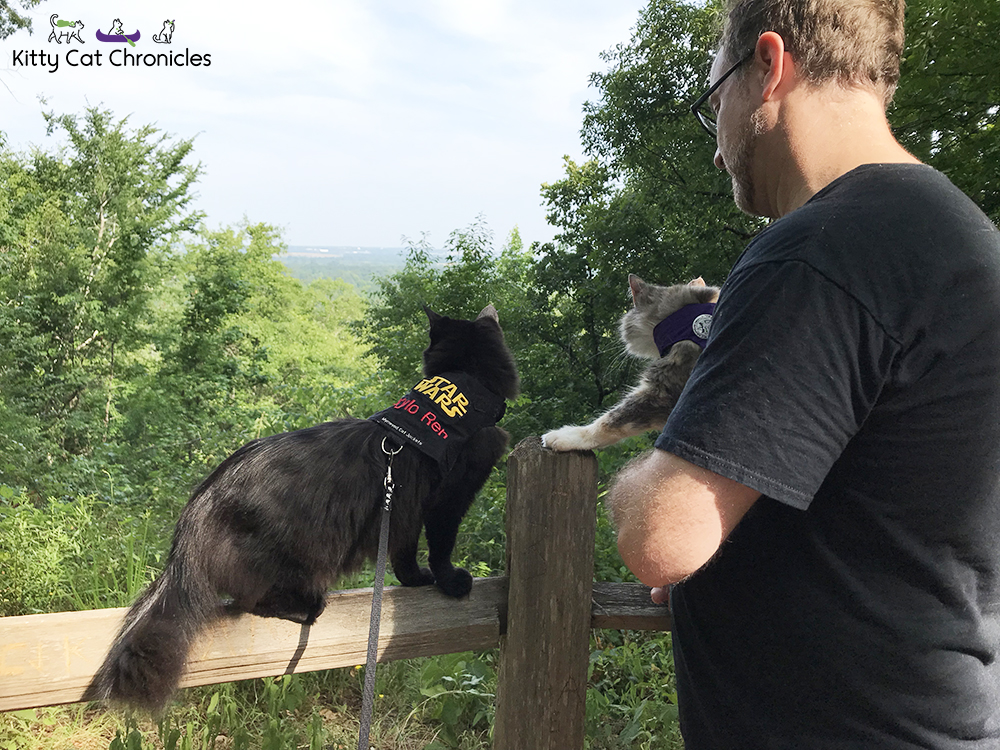 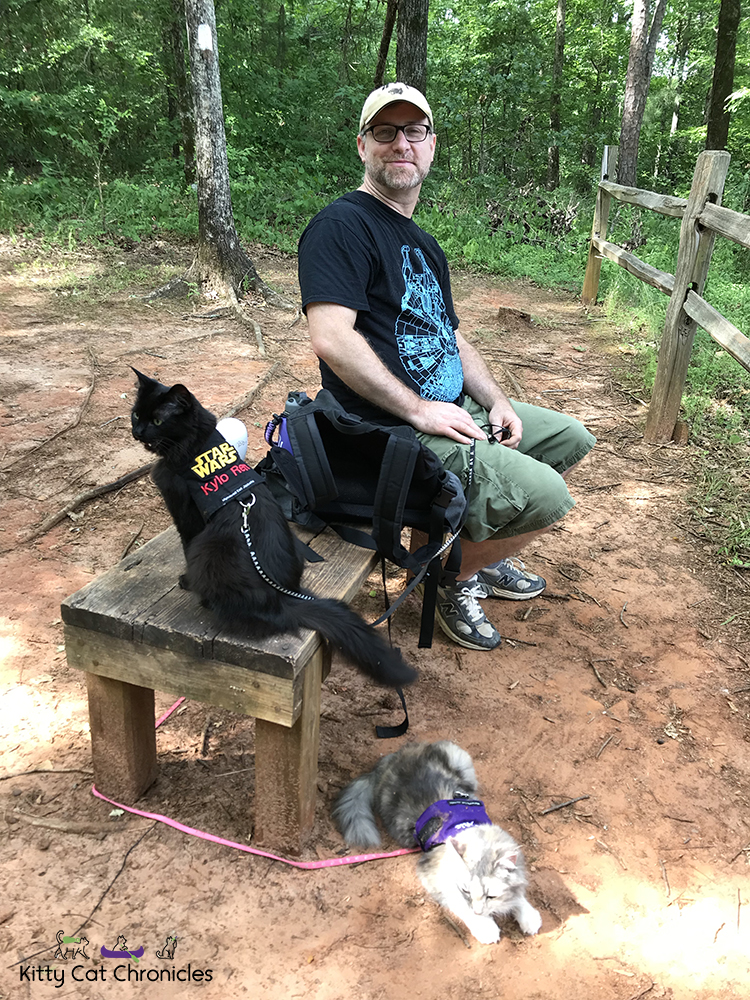 The next day, Sophie got to go on an outing by herself. We went to our favorite local spot, Amerson River Park. We had a good time hanging out and people watching, rolling around on the concrete (one of her favorite things), and taking some “model shots.” She loves to be the center of attention, so I’m glad she got to have a little outing all to herself. 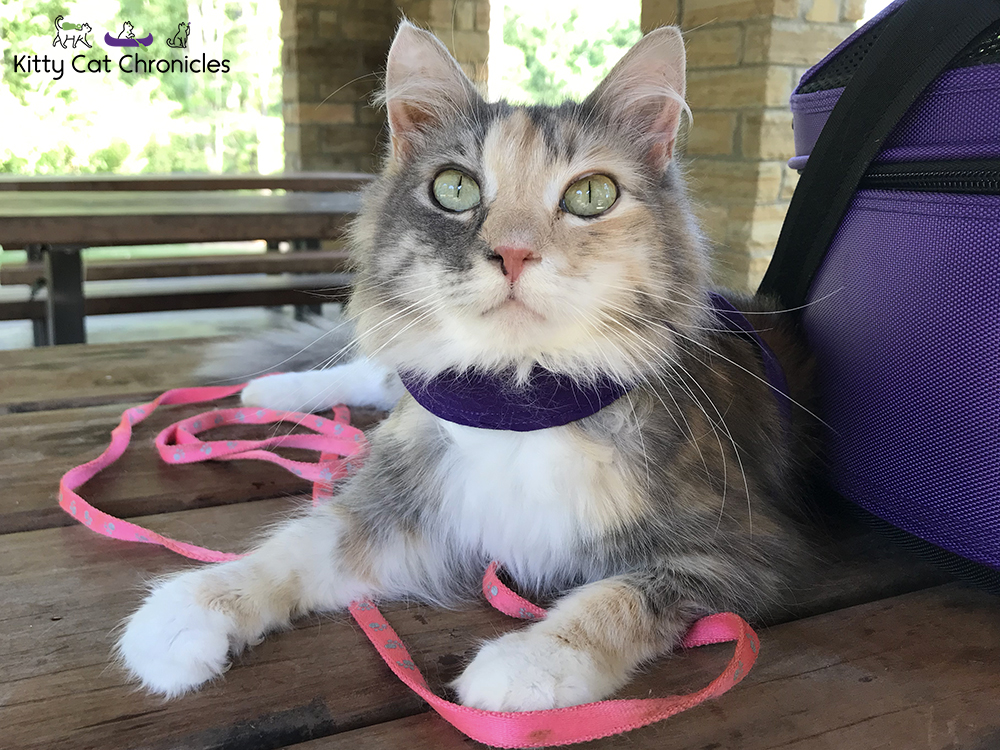 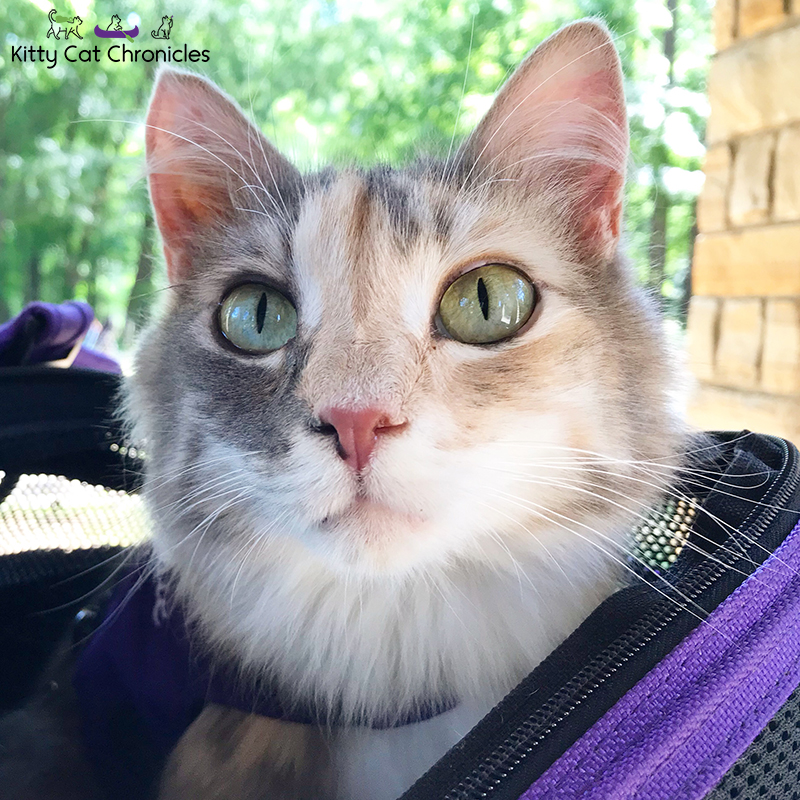 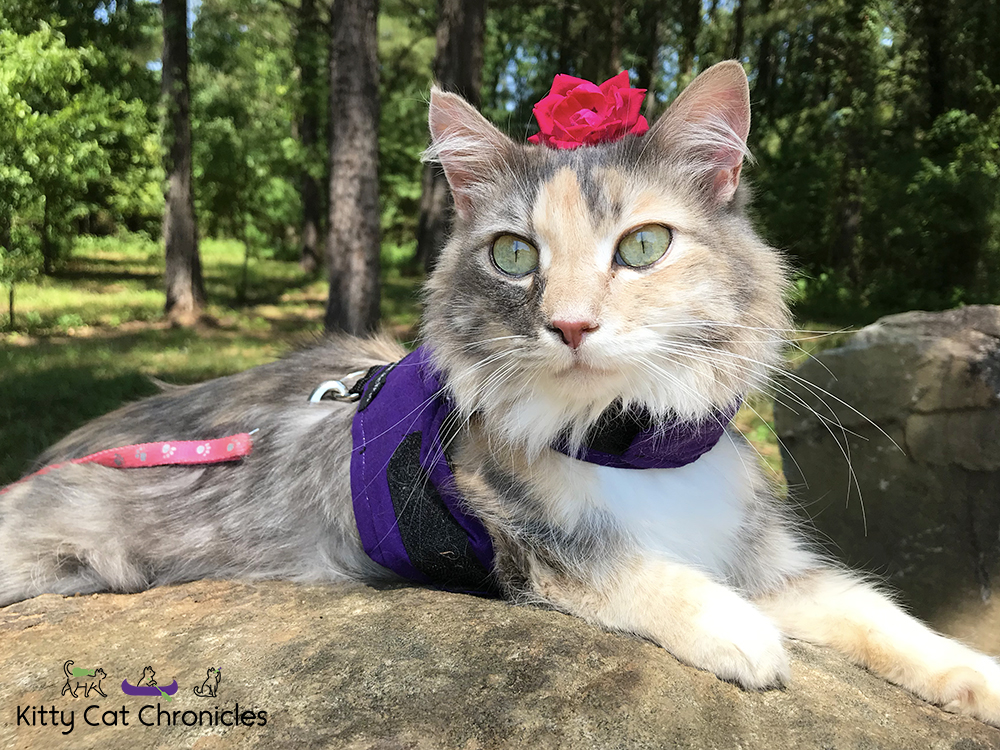 Happy Birthday, sweet Sophie. Thanks to your goofy personality, it’s hard to believe that you’re 7 years old. You haven’t “matured” one bit, and that is totally fine by me! Thanks for teaching me so much about life and overcoming obstacles. You amaze me every day. Looking forward to more wobbly adventures with you for many years to come! Love you!