Sophie has been hard at work practicing her jumping, and she has something she wants to show you guys today…

She sure has come a long way in the last few years! When we first adopted her, she wouldn’t even try to jump up on the bed. She would just sit beside it and cry until we picked her up. Then she started climbing up the side of the bed (and the couch and other furniture). Eventually she started jumping, but she didn’t always hit her target. She would either not jump quite high enough, or she would jump straight up or even backwards instead of forwards. Then she finally nailed it, and it was awesome!

Sure, she still climbs sometimes or has the occasional missed target, but 7 times out of 10 she nails her jumps! Sophie may not be graceful, but she’s got style!

Cerebellar hypoplasia doesn’t keep this girl on the ground! She does wear herself out sometimes though… 😉 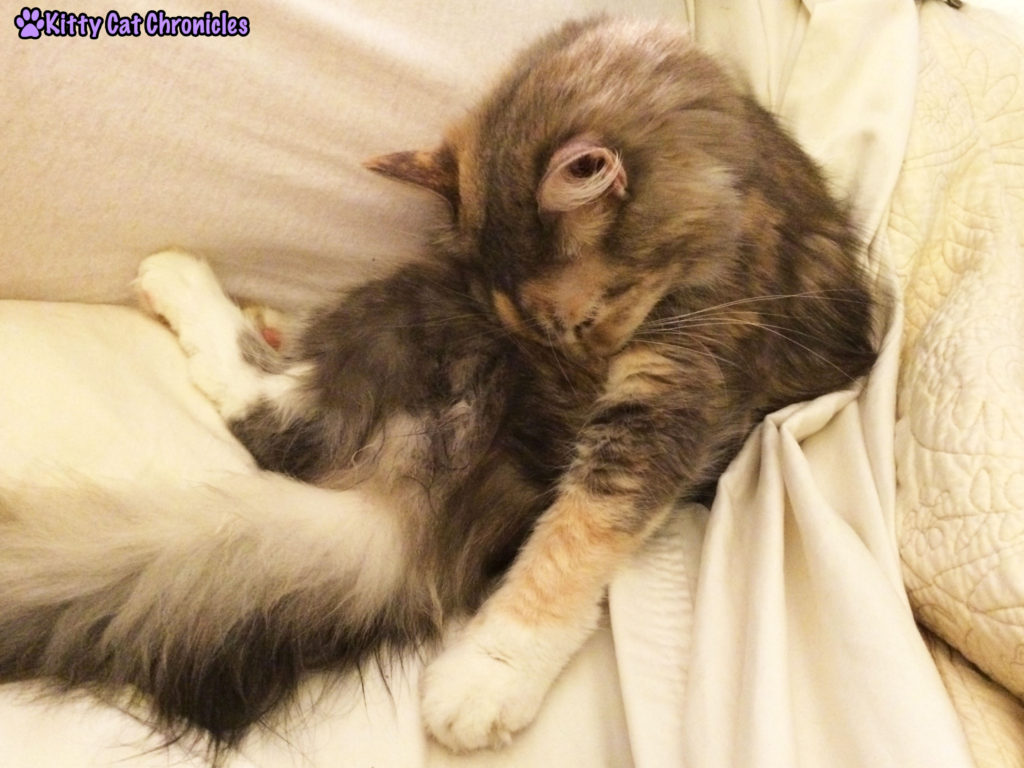