The first thing we are thankful for today is the blog Pawesome Cats. If you don’t already follow them, you should! Anyway, a couple of weeks ago, I was contacted by Tracy at Pawesome Cats. She asked me if she could feature Sophie on one of her “Cat of the Week” posts. Of course I gladly said, “YES!” I love sharing about Sophie – any chance I have to raise awareness for cerebellar hypoplasia and share Sophie’s inspirational story, I take it! After answering a few interview questions about Sophie, her feature was posted. (I’m a little late announcing this, as the feature was posted last week – please forgive me.)

You can read Sophie’s feature by clicking here. How neat! Thank you, Tracy and Pawesome Cats, for featuring Sophie on your blog – this means the world to us!
*Spoiler alert – there is a super cute video of Sophie included in the feature, so you should definitely check it out! 🙂

The second thing we are thankful for is the pawesome s’mores maker Sampson won on his Cat Scouts Quest a couple of weeks ago! He won a challenge for his Patrol, and for that, he received this: 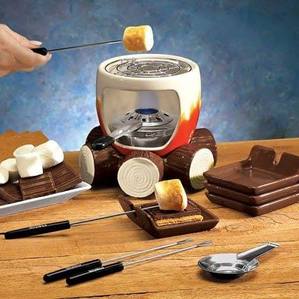 At first, I thought that it was just this virtual picture that he won – a pretend s’mores maker. But then a package came in the mail with Sampson’s name on it… 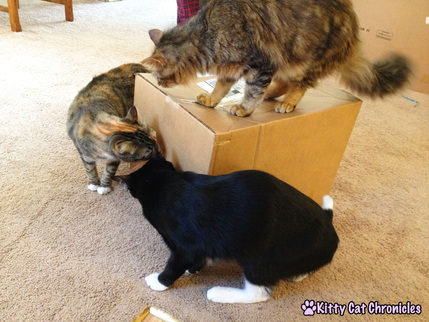 Caster: Why do you get all of the presents, Sampson?

Delilah: Well, it WAS just his birthday… 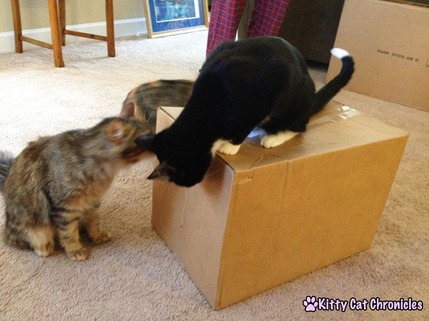 Sampson: This is MY box, Caster! Get off it!

Sampson: Just when I thought it couldn’t get any better… a box in a box!! 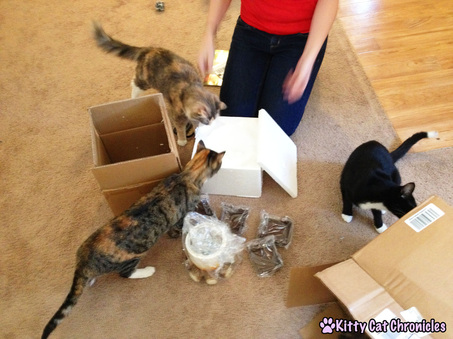 Mom: Everyone seems more interested in the boxes than in the s’mores maker… 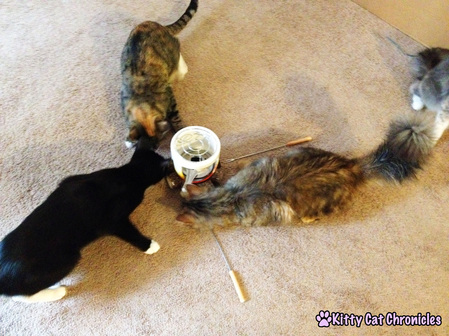 Caster: Uh, Sampson, how does this thing work?

Delilah: I think I’ve got it!

Sophie: I’m just going to stand back here while you guys figure it out… 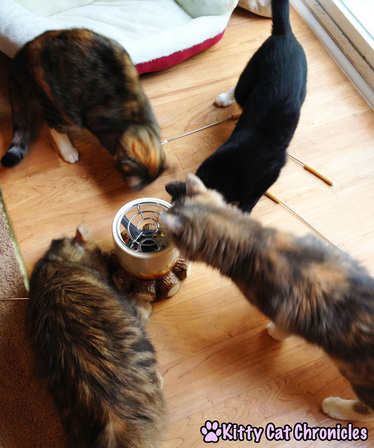 (Don’t worry, I didn’t actually feed my cats marshmallows or chocolate. They had treats 🙂

Well that’s it for tonight! Another big thank you to Tracy and Pawesome Cats and to the Denmaster and all of Sampson’s Cat Scout friends!