In just two short days, the members of the KCC Gang will be going head to head in the 5th Annual KCC Easter Egg Hunt! They’ve been preparing themselves mentally and physically for the last few weeks. It takes a lot of focus, stamina, and strength to be a champion, after all.

This year we will be hiding 50 treat-filled Easter eggs and 1 Grand Prize Egg around the house for the kitties to hunt. Sampson has been the reigning champ for the past four years, but will he be victorious again? I’m not so sure… he’s got strong competition in Caster and Kylo Ren! It will most likely be a close hunt.

Let’s take a look at the previous years’ scores…

No score records, other than Sampson won

As you can see, Sampson has been the clear winner each year. He is quite athletic and agile, and he has a nose that can sniff out a treat a mile away!

Caster gives Sampson a run for his eggs though! He has risen through the ranks year by year, improving his game each time. Will he pull through as the victor this time?

What about Kylo Ren? He was the Rookie last year and didn’t score very high. He instead preferred to chase the other kitties as they hunted. Perhaps a year of maturing and honing his skills will be enough to put him at the top though!

Then there’s Delilah… she always starts out strong and seems like she will win, but she loses steam about halfway through. Has she learned to pace herself this year?

Sassy has her own private egg hunt and usually does pretty well. She just doesn’t have the food drive that the boys have. You never know though, she could surprise us all!

And finally, sweet Sophie. It’s not her wobbliness that keeps her from being the champ. She can scale the cat trees and climb, jump, and play with the best of them. Like Sassy, she just doesn’t have a strong food drive to motivate her to hunt those treat-filled eggs! She makes a super cute cheerleader though! 😀 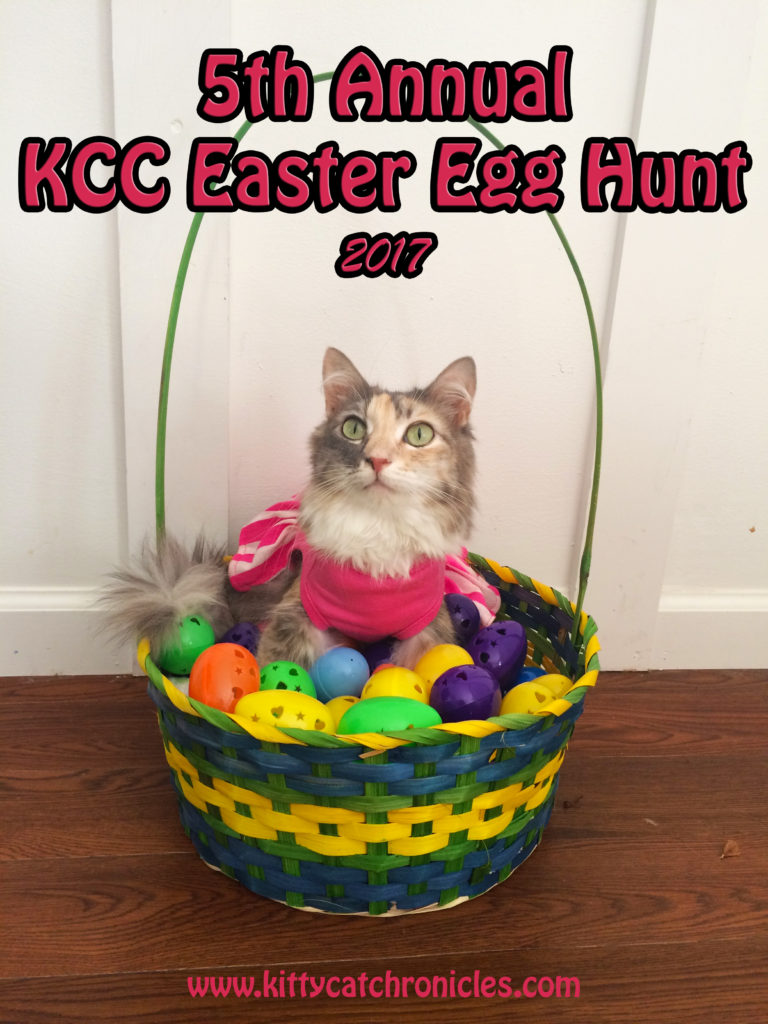 What do you think? Who will be the crowned champion this year? Weigh-in in the comments below, and check back on Monday for the results!