*Disclaimer: This post contains affiliate links. If you make a purchase through one of the links in this post, I will receive a small commission at no extra cost to you. This helps to cover the cost of keeping my site up and running!

While there isn’t technically a cure or way to treat cerebellar hypoplasia, there are things you can do with your CH kitty to help them build up strength and confidence. The stronger and more confident a CH cat is, the more they will seemingly improve.

I have witnessed this first-hand with Sophie. When we first adopted her, she was very clumsy and couldn’t jump. Flash forward almost five years, and Sophie now jumps up onto the furniture and runs around the house like a marathon runner. Sure, she still tumbles and falls sometimes and doesn’t always stick her landings when she jumps, but when comparing her abilities from five years ago to today, it would appear that she has drastically improved. Other people have even commented that Sophie seems like she has gotten better. 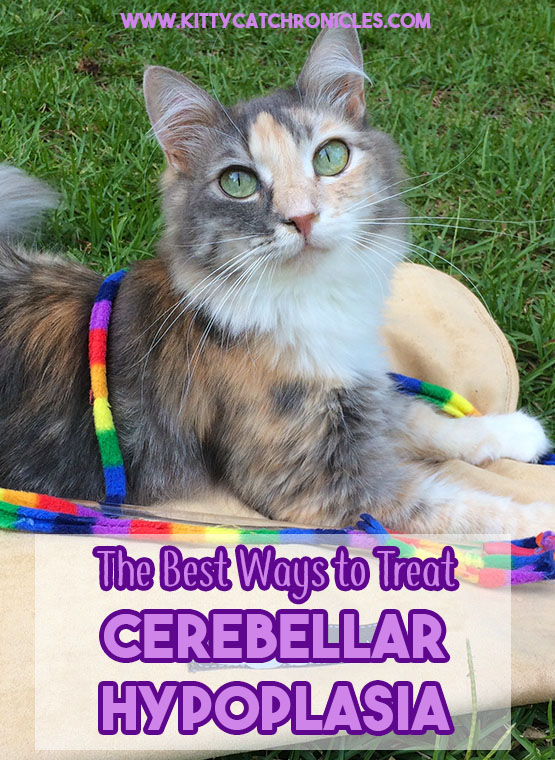 So what’s the secret?

Just like with humans, play and exercise helps to build up muscle and strength in your CH cat. The stronger those little legs are, the more easily your cat will be able to get around and control her movements.

Sophie’s absolute favorite toy in the world is her wand toy, which we call STICK! (Yes, the capital letters and exclamation point are part of the toy’s name. You would understand if you saw the look on Sophie’s face whenever we pull STICK! out 😀 ) We spend time every day playing STICK! with Sophie. She chases it, she twists and turns after it, and she has even recently started jumping for it. All of this activity has undeniably helped her to build up muscle and strength in her legs, which she shows off through her play-time agility. 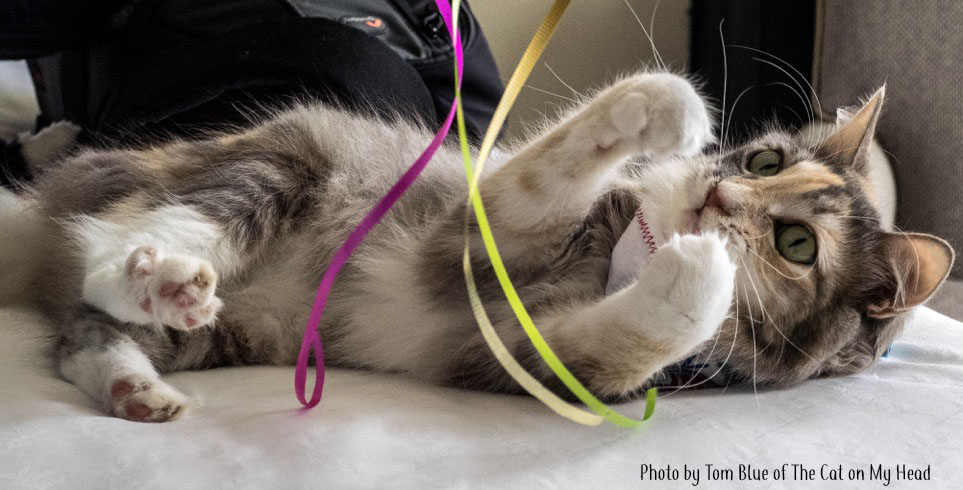 Being an adventure cat too, Sophie goes on lots of outdoor adventures where she loves to walk around and explore. We carry her some on these adventures, but 99% of the time she insists on being put down so she can walk on her own. Allowing her to walk on her own not only helps her to build up her leg muscles, but it also increases her confidence and sense of independence.

*While I don’t personally have experience with it, some cats with more severe cases of cerebellar hypoplasia have benefited from hydrotherapy. Custom walkers and support slings are also helpful to encourage walking and muscle building with more severe CH cats.

When you have a disabled cat, or handicat, it is easy to baby them out of fear and the desire to protect them. Believe me, I totally get it. It’s not easy to watch Sophie fall, hit her head, completely miss her target when jumping, or tumble down the stairs. I can’t even count how many times I thought I was having a heart attack, thanks to Sophie. 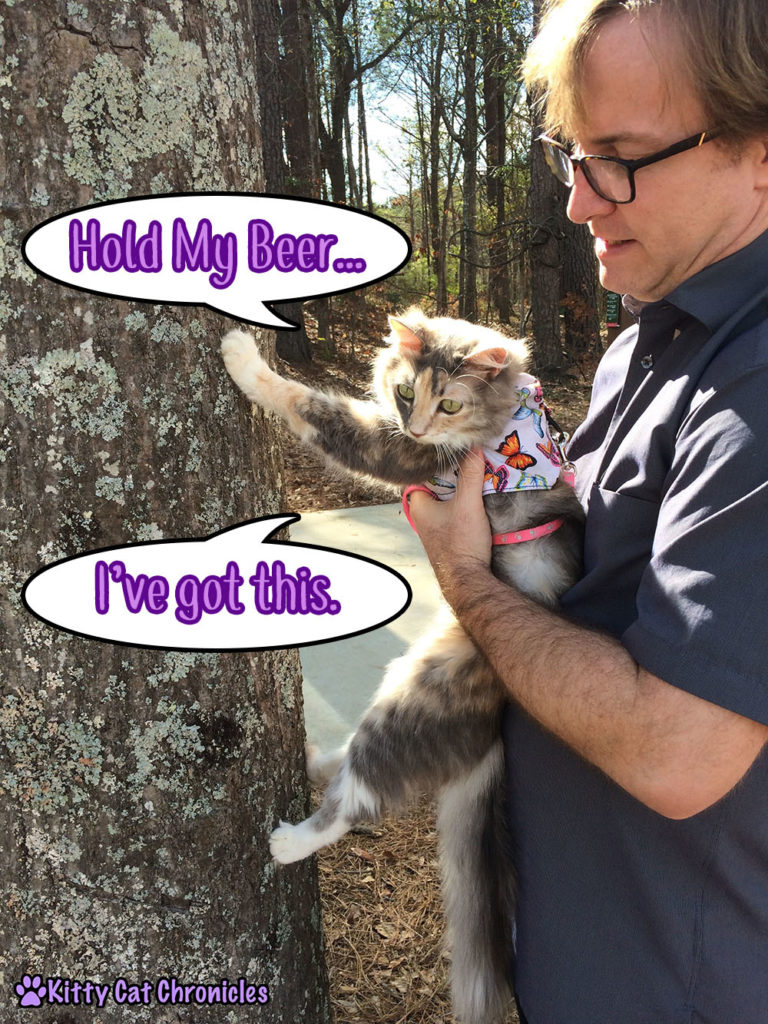 For a little while after adopting her, we babied her. We would carry her around, help her off the couch, pick her up onto the bed, etc. She didn’t have to do anything on her own. This was because every time she tried to do something on her own, I was afraid she was going to hurt herself.

After watching her throw herself off the back of the couch enough times, I began to realize that, even though she wasn’t doing things in the most conventional cat way, she was accomplishing things on her own. I started to see the thrill and look of determination and excitement in her eyes every time she was able to do something she previously hadn’t been able to do. Believe me, there’s nothing like it. Being able to celebrate those victories with her is one of my greatest joys.

Since letting go and even pushing Sophie to do more things on her own, she has accomplished SO much. In fact, here is a list of Sophie’s victories:

I understand that in the beginning it’s hard not to baby your CH cat, but eventually you just have to let go. I’m not saying not to help her out when she really needs it or is seriously in danger of hurting herself. But learn to realize that she CAN do it. She’s got this. 🙂